Hank Azaria, the voice of Apu Nahasapeemapetilon on The Simpsons, has responded to claims that the popular character is an offensive stereotype to people of Indian and Asian descent.

Last month, US documentary The Problem With Apu followed comedian Hari Kondabolu as he interviewed figures from the world of entertainment including Aziz Ansari and Whoopi Goldberg and Kal Penn in order to gauge if the portrayal of the animated character can be considered offensive.

Now, Azaria has responded for the first time and admitted that the claims have had an emotional toll on him.

“It’s really upsetting that [Apu] was offensive or hurtful to anybody”, he told TMZ.

Azaria, who also voices Chief Wiggum and Moe Szylak, gave credit to the documentary for making “some really interesting points” and revealed that it has provided “a lot for The Simpsons to think about”.

In the documentary, Kondabolu described how many elements of Apu’s character could be seen as racial stereotypes – including his status as a convenience store owner who has fathered many children.

“The Simpsons is an important work of art that has influenced so many, including myself. Apu was the only Indian we had on TV at all so I was happy for any representation as a kid. And of course he’s funny, but that doesn’t mean this representation is accurate or right or righteous”, Kondabolu said.

“It gets to the insidiousness of racism, though, because you don’t even notice it when it’s right in front of you. It becomes so normal that you don’t even think about it. It seeps into our language to the point we don’t even question it because it seems like it’s just been that way forever.” 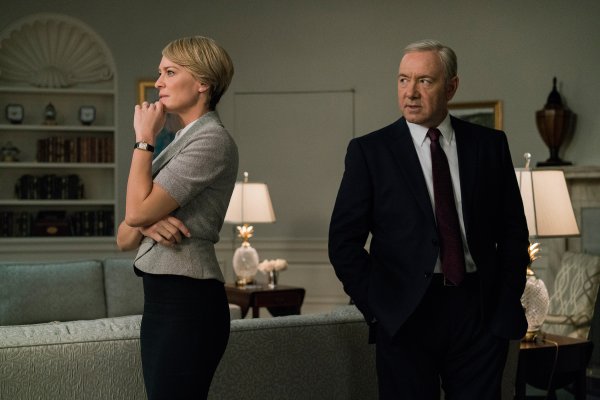 House of Cards to Air Final Season Without Kevin Spacey
Next Up: Editor's Pick