Even European History's Most Powerful Women Were Vulnerable to Sexual Harassment

The 16th century was an Age of Queens. Large tracts of Europe were under the firm hand of a reigning queens, or of a female regent. But there was — as Catherine de Medici warned Elizabeth Tudor — one way in which even the most powerful woman could be attacked. In the courts of Renaissance Europe, just as crudely as on the casting couches of modern Hollywood, a high-ranking and seemingly secure woman was still vulnerable to rumors and sexual harassment.

Sometimes the attack was merely on her reputation — though even that might seem serious enough to the victim. Margaret of Austria was the Regent of the Netherlands and at the very heart of European diplomacy when a flirtation with Henry VIII’s crony Charles Brandon saw her name being bandied in bawdy stories on both sides of the English Channel.

“Madam Margaret is the most important person in Christendom, since she acts as mediator in almost all the negotiations between the princes,” her one-time father-in-law Ferdinand of Aragon had written flatteringly. But that is just what made it so tempting to try to take her down a peg or two.

“Whatever your age, guard against being deceived . . . you can be blamed even for something very slight,” the French regent Anne de Beaujeu, one of Margaret’s mentors, had written in a manual of instruction for powerful ladies. “There is no man of worth, however noble he may be, who does not use treachery, nor to whom it does not seem good sport to deceive or trick women of rank.”

A young kinswoman of Anne de Beaujeu — Marguerite of Navarre, sister to the French king Francois I — may have felt the weight of the warning. It has been convincingly argued (by Patricia F. and Rouben C. Cholakian) that Marguerite was the victim of several sexual assaults made by one of her brother’s gallants, the seigneur de Bonnivet. There is only circumstantial evidence to support the theory, but certainly Marguerite’s many published writings (notably the Heptameron) harp obsessively on the themes of women betrayed by men, and of sexual violence. (It was also argued, earlier and less convincingly, that Marguerite’s relationship with her brother Francois was as incestuously close physically as it undoubtedly was emotionally.)

Both Margaret of Austria and Marguerite of Navarre were mentors to the young Anne Boleyn, who spent her girlhood at the courts first of the Netherlands and then of France. That love was dangerous, that men could not be trusted, was a lesson Anne Boleyn could hardly fail to carry with her when she returned to England in the early 1520s — and one which would color the conduct of her relationship with King Henry.

Anne Boleyn and Margaret of Austria acted in a sense as lynchpins for the network of powerful women I trace in Game of Queens: The Women Who Made Sixteenth-Century Europe. And in a book with 16 protagonists, the surprising thing is how high a percentage of them did suffer sexual violence.

(Others, of course, suffered violence on account of their sexuality: like Anne Boleyn and Henry’s subsequent queen Katherine Howard, both beheaded on charges of adultery. Many more again, given young in marriage by their families, were at risk of what we would now see as abuse: the age of female consent was 12 in the 16th century.)

Elizabeth Tudor, Anne Boleyn’s daughter, was as an impressionable teenager made the object of inappropriate horseplay by Thomas Seymour, her stepmother’s husband, The implausible suggestion that she actually bore a child by him is part of a lifelong pattern of slurs — but the experience, and the knowledge that Seymour went to the block for his role in it, may have played a part in Elizabeth’s decision to remain the Virgin Queen.

There was a great deal in Elizabeth’s early life to imprint in her, even more strongly than in her mother, a visceral conception of love and sex as dangerous. To think of marriage, she told the French ambassador once, made her feel “as though her heart were being torn out of her body.”

Elizabeth’s later life drove home the lesson. There was, for example, the plight of her kinswoman Mary Stuart across the Scottish border. Already cursed in her first Scottish marriage to the irresponsible Darnley, the Queen of Scots compounded her errors by next marrying Bothwell, the man widely suspected of Darnley’s murder.

Bothwell had forced Mary’s hand, abducting and perhaps raping her. But the suspicion that darkened Mary’s reputation down through the years is that she was complicit in the abduction, and that the rape was not really rape at all. That — rather than incur blame by openly choosing to marry him — she decided “to cause Bothwell to ravish her.”

But haven’t rape victims always had a hard time being believed? One of Marguerite of Navarre’s stories has the distraught and vengeful heroine dissuaded from denouncing her attacker by a prudent lady-in-waiting. Everyone — said the attendant — had seen her previously showing favor to the man. After all, “many women who have led lives more austere than yours have been humiliated by men less worthy of love than he.”

To blame the woman was of course the standard practice of the 16th century. Women suffered both the blame and the punishment for everything from infertility to adultery. But perhaps it is also one of the tropes — for supposedly powerful as for blatantly powerless women — that ultimately has not changed from the 16th to the 21st century.

Sarah Gristwood is the author of Game of Queens: The Women Who Made Sixteenth-Century Europe. 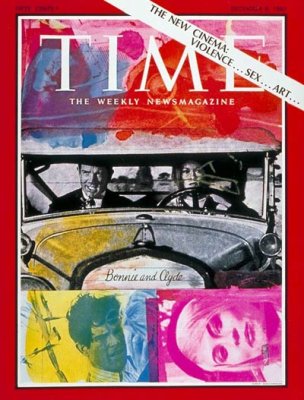 50 Years Ago This Week: How Hollywood Changed in the 1960s
Next Up: Editor's Pick