“Democrats [sic] refusal to give even one vote for massive Tax Cuts is why we need Republican Roy Moore to win in Alabama,” Trump tweeted early Monday morning. “We need his vote on stopping crime, illegal immigration, Border Wall, Military, Pro Life, V.A., Judges 2nd Amendment and more. No to Jones, a Pelosi/Schumer Puppet!”

The White House confirmed later on Monday that Trump is endorsing Moore. “The President had a positive call with Judge Roy Moore during which they discussed the state of the Alabama Senate race and the President endorsed Judge Moore’s campaign,” said White House Deputy Press Secretary Raj Shah.

Moore has been accused of molesting a 14 year old girl when he was 32. Since the initial story was broken by the Washington Post, several more women have come out to say Moore pursued relationships with them when they were between the ages of 16-18.

A majority of Republicans in Alabama, 71%, say they believe the allegations against Moore are false, according to a new CBS/YouGov poll. A victory for Moore’s Democratic opponent, Doug Jones, would reduce the Republican majority in the senate to 51-49.

Moore has also said that homosexuality is equivalent to beastality, and should be criminalized.

Alabama goes to the polls on Dec. 12. 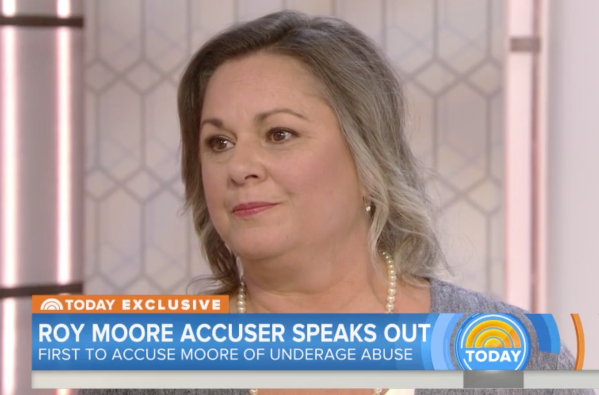 Roy Moore Accuser Says She Felt Guilty for Decades After He Allegedly 'Preyed Upon' Her When She Was 14
Next Up: Editor's Pick