'It Was Built a Little Too Well.' Watch a Demolition Team Try (and Fail) to Bring Down the Pontiac Silverdome

If everything had gone according to plan, the Pontiac Silverdome in Michigan would have imploded this morning.

But it’s still standing. The stadium that was once home to the Detroit Lions failed to implode Sunday morning despite explosives detonating on steel beams of the structure.

Unfortunately for the crowd gathered to watch the spectacle of the explosion, the Silverdome in Pontiac, Mich., was “built a little too well,” officials at the event told Detroit’s WXYZ.

The Silverdome will collapse eventually, officials said. But there’s no telling when.

“We just have to wait and let gravity do its job,” they told WXYZ. A crowd that included former Lions players had gathered near the stadium to watch the partial demolition.

The failure also stemmed from an issue with wiring for several of the detonators — 10 of which failed to go off, according to the Detroit Free Press.

The implosion wasn’t meant to destroy the entire structure, Deirdre Waterman, the mayor of Pontiac, said in November, according to the Free Press. The small implosion was intended to destroy the beams supporting the top ring of the stadium. Excavators will carry out the demolition over several months.

The attempted implosion in Michigan comes after officials detonated the Georgia Dome, the former home to the Atlanta Falcons, in November. That explosion went as planned.

Located a little under 30 miles from Detroit, the Silverdome opened in 1975 on 127 acres of land that is now intended for redevelopment. The stadium was home to the Lions from 1975 through 2001, before the team moved to Ford Field in Detroit in 2002.

According to the Free Press, Oakland County included the Silverdome property, among others, in its bid for Detroit to land Amazon’s second headquarters. 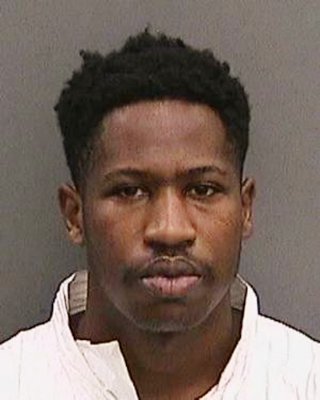 'Just Why? Why?' Parents of Suspected Serial Killer Say They Are 'Devastated'
Next Up: Editor's Pick