A toll booth attendant was killed Saturday when a truck plowed through the barrier and into the toll both in Oakland, Calif.

The truck hit five other vehicles before hitting the barrier and toll booth, and the driver and a passenger were ejected and badly injured, according to San Francisco Gate.

Authorities do not believe the crash on the Bay Bridge toll plaza was intentional, though they are still investigating the cause.

“We’re investigating exactly why the driver lost control and struck the toll plaza, so we’ve got to determine all the factors involved, including impairments, medical issues or mechanical issues,” Williams told SF Gate. 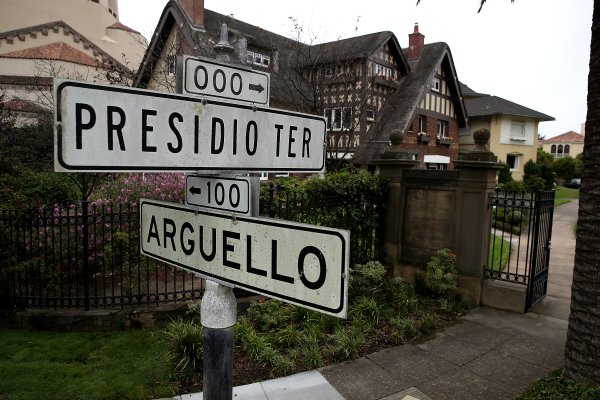 These Wealthy San Francisco Homeowners Lost Their Private Street After They Didn’t Pay Taxes. Now They Might Get It Back
Next Up: Editor's Pick