A Florida teen who went missing nearly a week ago with a soccer coach has been found in New York, law enforcement officials said Friday.

“@Columbiasheriff can confirm missing Caitlyn Frisina has been located and is safe in NY. More to follow as details come in,” the Columbia County Sheriff’s Office said in a tweet on Friday night.

Law enforcement officials had confirmed this week that Frisina, 17, was with 27-year-old Rian Rodriguez, traveling north from Florida after they were seen at a pawn shop in Fayetteville, N.C. on Sunday. Police were investigating the “blossoming of a potential relationship” between Frisina and Rodriguez.

Frisina — who plays soccer at a high school in Fort White, Fla., where Rodriguez is a coach for the boys’ soccer team — left her house on Saturday night, leaving behind a phone that had been erased.

“I know that she to some degree left on her own. But I absolutely believe that she was lied to and totally misled,” her mother, Scarlet Frisina, told CBS News, earlier on Friday. “Something was going on. We just don’t know what.” 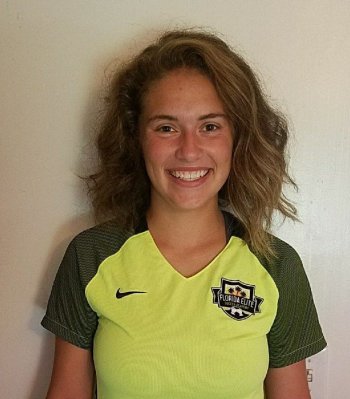 Missing Teen May Have Run Away With Coach
Next Up: Editor's Pick