‘There’s a Bond Between Us.’ 104-Year-Old Pearl Harbor Veteran Reflects on 76th Anniversary

As the United States marks National Pearl Harbor Remembrance Day on Thursday — 76 years after the attack that drove American involvement in World War II — annual observances will once again ensure that Dec. 7, 1941, remains a date that lives in infamy. As veterans, officials and others gather on Oahu to remember Pearl Harbor and its aftermath, the ranks of those who can summon a personal memory of the attack continues, of necessity, to dwindle.

As of the 75th anniversary commemorations last year, one estimate found that there were fewer than one million living American World War II vets total, and, though there is no precise count of living survivors who were specifically present at Pearl Harbor on that day, that number is likely in the range of several thousand; it was estimated in 2011 that 8,000 survivors remained and most of them were already at least octogenarians at that point. In any case, the number who make it to Hawaii for commemorations is relatively small.

That’s just one reason why Lt. Jim Downing will attend the event for Pearl Harbor Remembrance Day on Thursday, and why he feels strongly about attending for as many years as he can. Downing was 28 at the time of the attack — which makes him one of the oldest living Pearl Harbor veterans. At the time, Downing was a member of the Navy for nearly a decade, and was serving on the USS West Virginia at Pearl Harbor, though he happened to be off the ship on that fateful morning. By the time he raced back to his ship, it was already on fire.

“I’m 104 and I have no complaints,” he told TIME, laughing, by phone from Hawaii in the days before Pearl Harbor Remembrance Day. Downing’s experience of the attack on Pearl Harbor formed the basis of LIFE VR’s immersive virtual-reality experience, Remembering Pearl Harbor. “It’s been so long that many of [the survivors] are not able to travel. I think it’ll be not very well attended this year but that makes it all the more important for those of us who do come.”

Downing says that he believes that an event like Pearl Harbor Remembrance Day is not only a matter of history. To him, the mission of keeping the memory alive is very much a matter of the present. As he sees it, there is no better way to avoid a future sneak attack of the type inflicted by Japan in 1941 than to always keep in mind the possibility of such an event. Now, nearly eight decades later, though his days of access to military intelligence are over, he does believe that the United States has remained vigilant and strong — thanks in part to the efforts of those who are dedicated to commemorating Pearl Harbor.

But, as enormous as that mission of memory may be, it’s not the only reason why Downing continues to make the lengthy trip from his home in Colorado to Hawaii on Pearl Harbor Remembrance Day. Such events are also a chance to immerse himself in the community of survivors, an experience that becomes more precious with every year. In the wake of the attack, the survivors inevitably asked themselves why they had survived as more than 2,000 others died. That question never fades, he says — and getting to speak with others who know that feeling, who know exactly what he means when he describes what he saw that day, is invaluable no matter how many years have passed.

Remembering Pearl Harbor is available on Viveport for the HTC Vive, and a 360° edition of the experience can be viewed in the LIFE VR app for iOS and Android. 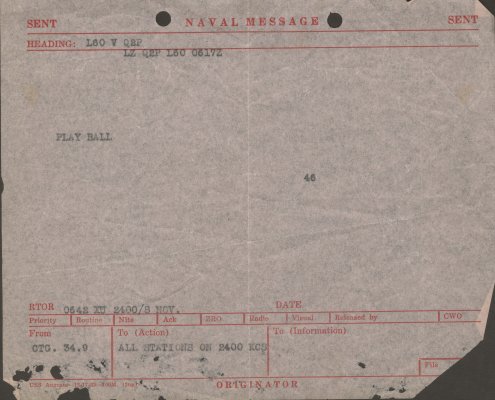