Jason Momoa: Final Season of Game of Thrones to be 'Greatest Thing Ever Aired'

Jason Momoa recently visited the set of Game of Thrones in Belfast to catch up with his former showrunners and castmates. But while the erstwhile Khal Drogo actor was hanging out on set, he also rather accidentally got the lowdown on the ultra top-secret final season. The actor would never reveal any spoilers, of course, but he revealed that he’s extremely enthusiastic about what’s to come.

Momoa wasn’t, as some assumed after the press spotted his presence, somehow reprising his beloved Dothraki character who perished at the end of season 1. “I just showed up to see [producers David Benioff and Dan Weiss] and I just happened to see people on set,” Momoa says. “I haven’t been over there in a long time. You just want to see your friends and you end up make headlines going, ‘Drogo’s back!’ and I’m like, ‘He’s dead! He can’t come back, it wouldn’t work.’”

The actor — who’s been very busy lately between Justice League, his Netflix series Frontier, and the upcoming Aquaman film — noted he was particularly excited to catch up with season 1 castmates like Kit Harington (Jon Snow), Rory McCann (The Hound), and Emilia Clarke (Daenerys Targaryen), though he also said there was an actor who plays another bearded warrior on the show, a guy who wasn’t introduced until season 3, that he’s come to admire. “I’ve always wanted to meet Kristofer Hivju” who plays Tormund Giantsbane, Momoa said. “He’s just awesome.”

Asked to pick his favorite GoT season after his own, Momoa had a tough time choosing, though did say that every year the show seems to get more spectacular and that he particularly enjoyed season 7, which is coming to home video on Dec. 12. (Some specifics follow on what Momoa loved about the recent season, so if you haven’t seen it yet, skip this part).

The actor praised, naturally, the massive Dothraki and dragons battle in episode 4, “The Spoils of War,” which showed his former character’s tribe in an epic war. “All last season I was jumping around like an idiot,” Momoa says. “Seeing the Dothraki riding over the hill, going into battle, surfing their horses, it was unbelievable. It was such a cool scene. It’s also a bummer moment: Why couldn’t [Drogo] have died there! I could have died in battle. We never got to see Drogo going into battle.”

He also referenced the frozen lake battle in episode 6, “Beyond the Wall.” “Seeing [Jon Snow and his companions] on that [frozen lake] island, white walkers all around, and the dragon turns into a white walker…” he says. “You’re just like: What? Now I have to wait a year and a half?”

There’s no premiere date yet for Game of Thrones final season, though, as Momoa referenced, the showrunners said last summer that they plan to spend a year and a half working on its final six episodes. A premiere sometime in 2019 is very likely. 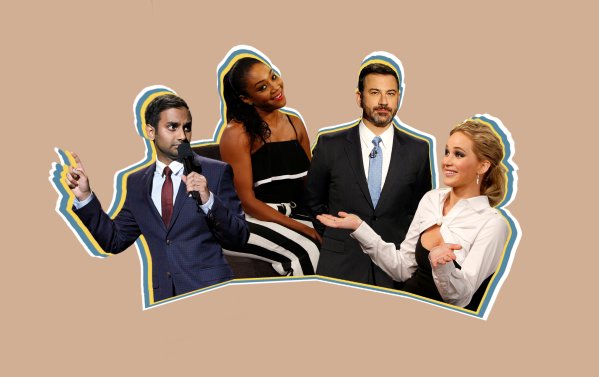 The Top 10 Late Night Television Moments of 2017
Next Up: Editor's Pick