Trump's Lawyer on Michael Flynn: 'Nothing About the Guilty Plea or the Charge Implicates Anyone' Else

The White House responded to former national security adviser Michael Flynn’s guilty plea Friday, saying the charge against him doesn’t reflect on anyone else in President Donald Trump’s orbit.

Flynn was fired from his Administration position in February after it was revealed that he had misled Vice President Mike Pence about the nature of his contacts with a Russian official. Special counsel Robert Mueller’s team charged him with making false statements about his contacts with Russians to the FBI.

Cobb ended his statement with a remark looking forward to the end of Mueller’s investigation, which has now criminally charged four people connected to Trump.

As part of his plea deal Flynn admitted that an unnamed senior member of Trump’s transition team directed him reach out to Russian officials following Trump’s election last year, the Associated Press reports. 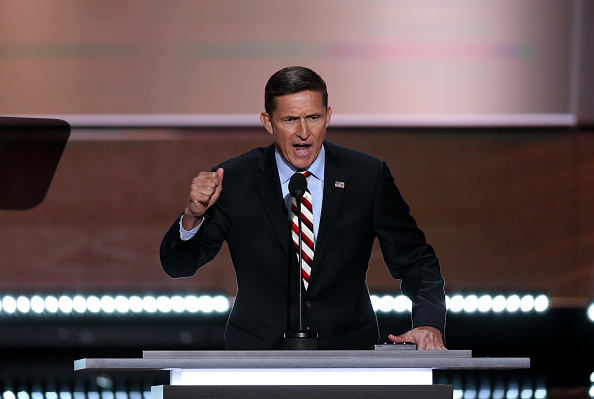 Michael Flynn Led a 'Lock Her Up' Chant at the Republican Convention
Next Up: Editor's Pick