Facebook's Newest App Is a Chat Service for Kids

Facebook is launching a new chat app for kids, the company announced Monday.

The app, called Messenger Kids, allows children to send messages and photos and video chat with specific contacts that have been approved by their parents. It’s completely independent of the flagship Facebook and Messenger apps, and is compliant with the Children’s Online Privacy and Protection Act.

Facebook is aiming Messenger Kids at parents who want to use Facebook to stay in touch with children under the age of 13 who are too young to sign up for a regular account on the site. The app is launching for iPhone immediately, but will eventually come to Android and Amazon Fire devices.

There’s a simple reason Facebook is starting to focus on children: Kids are already using technology anyway. In a study conducted by Facebook and the National Parent Teacher Association, 81% of 1,200 American parents surveyed reported that their children started using social media apps between the ages of eight and 13.

When launching Messenger Kids, children will see a home screen that shows the contacts they can communicate with and when they’re online. A button for launching the camera is located toward the top of the screen. There are no advertisements or in-app purchases in the app, and Facebook says it can detect certain types of abusive content and prevent it from appearing in Messenger Kids. As is the case with the regular Facebook app, the camera in Messenger Kids is loaded with stickers and effects — all of which have been made specifically for the child-friendly app and aren’t available in Facebook’s other services. This includes an effect that places a virtual mask on the user’s face and makes a corresponding sound when he or she opens their mouth. Right now Messenger Kids is designed for sending messages and video chatting, but Facebook hasn’t ruled out the possibility of adding new features as it learns more about how people use the app.

When kids chat with contacts that use the regular version of Facebook Messenger, like parents or relatives, their exchanges will appear as a normal message thread in the Messenger app for the recipient. The reasoning behind this, says Facebook, is to avoid forcing parents and other relatives to download an extra app. That’s a departure from Facebook’s approach in the past, as when it required users to download the separate Messenger app in 2014 in order to send direct messages on Facebook.

But most importantly, Facebook is giving parents total control over how their children use the app and with whom they can communicate. A child can’t even create an account on his or her own — a parent must do it for them. This, combined with the fact that parents have to approve each of their children’s contacts, should prevent phony accounts from appearing on the platform, a practice that’s become a huge problem for Facebook. Kids can’t delete messages either, so theoretically if a child is using inappropriate language, they wouldn’t be able to erase what they’ve said.

Messenger Kids may be completely separate from Facebook’s other apps, but a lot of the parental management happens through Facebook. The control panel for Messenger Kids is located in the main Facebook app. That means when a child reports a conversation that they find offensive or block an individual user in the app (or vice versa), the parent is notified on Facebook. In order to befriend another child in Messenger Kids, a parent must also be friends with that child’s parent on Facebook. Parents can also remove people from a child’s contact list at any time as well. It’s a restrictive system, but one that highlights how tricky it is to give children access to social media, and particularly an app that’s operated by one of the world’s largest (and most controversial) social media firms. (Parents might also be concerned about their children’s messages being scanned by Facebook for advertising reasons, as Facebook is an advertising company at its core, but Facebook says children’s chats will be off-limits for such purposes.)

All told, Messenger Kids could be a helpful tool for parents to stay in touch with their kids. But it’s also a potentially smart move for Facebook, one that could get kids comfortable with the platform by the time they’re old enough for a regular account. Facebook won’t migrate kids over to its “adult” apps when children reach that age, but it’s easy to see that happening on its own. 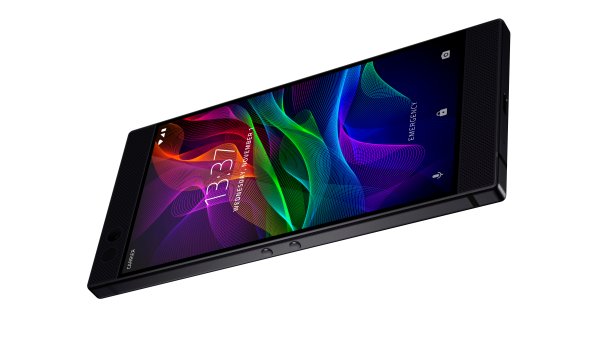 What Reviewers Say About the Razer Phone, a Smartphone for Gamers
Next Up: Editor's Pick