How Telling Stories Makes Us Human

Odds are, you’ve never heard the story of the wild pig and the seacow — but if you’d heard it, you’d be unlikely to forget it. The wild pig and seacow were best friends who enjoyed racing each other for sport. One day, however, the seacow hurt his legs and could run no more. So the wild pig carried him down to the sea, where they could race forever, side by side, one in the water, one on the land.

You can learn a lot from a tale like that — about friendship, cooperation, empathy and an aversion to inequality. And if you were a child in the Agta community — a hunter-gatherer population in The Philippines’ Isabela Province — you’d have grown up on the story, and on many others that teach similar lessons. The Agta are hardly the only peoples who practice storytelling; the custom has been ubiquitous in all cultures over all eras in all parts of the world. Now, a new study in Nature Communications, helps explain why: storytelling is a powerful means of fostering social cooperation and teaching social norms, and it pays valuable dividends to the storytellers themselves, improving their chances of being chosen as social partners, receiving community support and even having healthy offspring.

The researchers, led by anthropologist Daniel Smith of University College London, began their work by conducting a literature search of 89 different stories told by seven different forager cultures in Thailand, Malaysia, Africa and elsewhere. All of the tales carried lessons about social cooperation, empathy and justice, and many taught sexual equality too. The researchers then turned their attention specifically to the Agta, focusing on two communities, with a total of roughly 1,250 people, and conducted a number of experiments to determine the power and purpose of storytelling.

In the first experiment, the investigators asked 297 people across 18 villages in the two communities to vote for the best storytellers in their group. There was no limit on the number of people they could name. The votes in each of the camps were tallied, with higher overall scores taken as an indicator of a camp with more and better storytellers.

A different 290 people in the same camps were then asked to play a resource allocation game, in which people were given up to 12 tokens, each of which could be exchanged for about an eighth of a kilo of rice. They were told they could either keep all of the tokens or give as many as they wished to any or all of up to 12 other residents of the camp the researchers secretly chose. All of the subjects made their decisions privately, in the presence of only the researchers. (At the end of the experiment, all of the rice was distributed to all of the villagers according to the choices the subjects had made.)

Perhaps not surprisingly, the subjects kept an average of 62.6% of the rice tokens for themselves. But the actual total changed camp-to-camp, with every 1% advantage in the number of good storytellers in any community associated with a 2.2% increase in the amount of rice given away in the game. The more good storytellers in a village, in other words, the more generous people were. It is impossible to say definitively that the two were connected, but the fact remained, as the researchers wrote, that “Camps with a greater proportion of skilled storytellers, were associated with increased levels of cooperation.”

In the second experiment, 291 people in the same 18 camps were asked to name a maximum of five people in their own community with whom they would be happy to live. Of the 857 people who were named, those who had been designated as good storytellers in the previous experiment were nearly twice as likely to be chosen as those who weren’t. Remarkably, storytellers were chosen over people who had equally good reputations for hunting, fishing and foraging — which at least suggests that human beings may sometimes prize hearing an especially good story over eating an especially good meal.

Of course, nothing captures natural selection quite like the number of babies any one person has, and storytelling confers that benefit too — at least on the tellers. “Storytelling is a costly behavior,” write the researchers, “requiring an input of time and energy into practice, performance and cognitive processing.” But the payoff for making such an effort is big: When the investigators looked at family groups within the 18 camps, they found that skilled storytellers had, on average, .53 more living children than other people.

One reason for that is obvious: if you’re popular — and storytellers are — you’re more likely to have a partner. Another potential explanation is that the rest of the community is inclined to look favorably on the storyteller’s family and extend help when needed in the form of childcare, pitching in to look after a sick family member, or even offering financial or material support when necessary. Significantly, in the resource sharing game, it was storytellers who were likeliest to be recipients of rice. In the real world, all of this community support gives the children of the storyteller a small but real survival edge.

The investigators concede that one study is by no means conclusive and that further work needs to be conducted. That would especially include longitudinal studies in which the composition and welfare of camps with and without good storytellers is tracked over decades and generations. Over the course of those generations, of course, many more Agta children will continue to hear many more instructive stories: of the sun and the moon — a man and a woman — who fight to a draw in their battle for the sky and choose to cooperate to share the day and the night; of the monkey who became a hero for killing a giant, but was kept wise and humble with the knowledge that all monkeys — even him — must still fear the eagle. All of the stories will merely be make-believe — and all of them will be much more than that too. 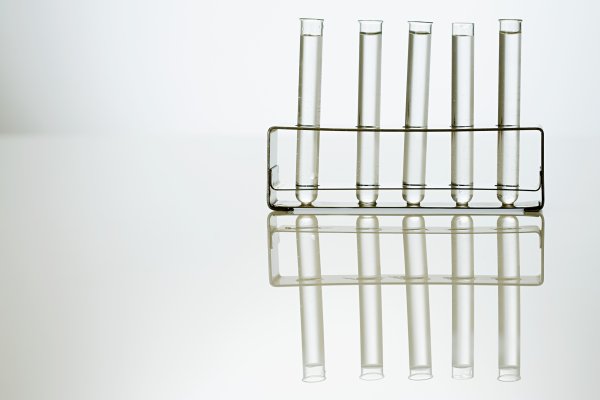 These 12 People Are Changing Science
Next Up: Editor's Pick