Stephanie Kemplin, of Maineville, Ohio, told CNN that Franken groped her breast during a 2003 photo op when she was a 27-year-old military police officer stationed in Kuwait. Franken, then a comedian, was in the Middle East for a USO tour to entertain troops overseas.

“When he put his arm around me, he groped my right breast. He kept his hand all the way over on my breast,” Kemplin told CNN. “I’ve never had a man put their arm around me and then cup my breast. So he was holding my breast on the side.” (Kemplin, who shared the resulting photo with CNN, said she shifted her body to move Franken’s hand before the shot was taken.)

A spokesperson for the Minnesota senator told TIME that, “As Sen. Franken made clear this week, he takes thousands of photos and has met tens of thousands of people and he has never intentionally engaged in this kind of conduct. He remains fully committed to cooperating with the ethics investigation.”

Kemplin’s tale is reminiscent of the account that first thrust Franken’s behavior into the spotlight. Earlier in November, radio personality Leeann Tweeden alleged that Franken forcefully kissed her, then groped her breasts while she slept while the two were performing on a USO tour overseas. After Tweeden came forward, several other women leveled accusations against the politician.

Franken apologized for the incident with Tweeden, and has agreed to a Senate ethics investigation. A number of prominent public figures have called for the senator to step down. 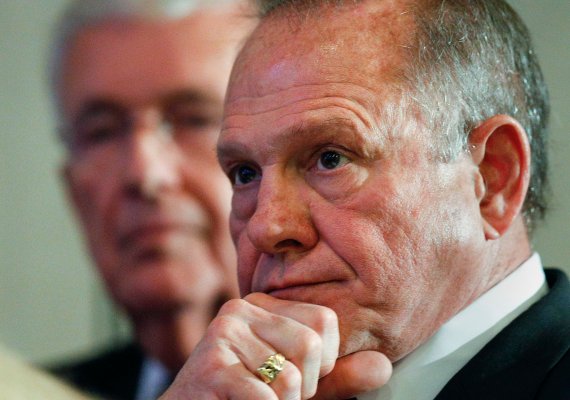 The Washington Post Says a Woman Tried to Give Them a Fake Roy Moore Story
Next Up: Editor's Pick