A lobster has been found off Canada’s New Brunswick with what appears to be a Pepsi logo imprinted on its claw.

The crustacean caught the eye of Karissa Lindstrand as she was banding lobster claws on a boat called the Honour Bound in waters off Grand Manan last week, Canada’s CBC News reports.

“I can’t say how he got it on,” Lindstrand, who has been fishing lobster for four years, said of the red, white and blue marking. “It seemed more like a tattoo or a drawing on the lobster rather than something growing into it.”

A photograph of the claw, taken by Lindstrand, has sparked debate about how the image came to be there. Some crew members speculated that the lobster somehow grew around a Pepsi can strewn on the ocean floor, or that part of a discarded soda can box had become indelibly affixed to its claw.

The photo has also underscored concerns about the amount of plastics and debris in the world’s oceans. About 300 million tons of plastic is produced annually and more than 8 million tons are dumped into our oceans every year, according to environmental advocacy group Plastic Oceans.

Matthew Abbott, a marine program co-ordinator at the Conservation Council of New Brunswick told CBC News that the photograph illustrated just how widespread human garbage was.

“Where [the lobster] was living, there was garbage infiltrating even into the deep water,” said Abbott. 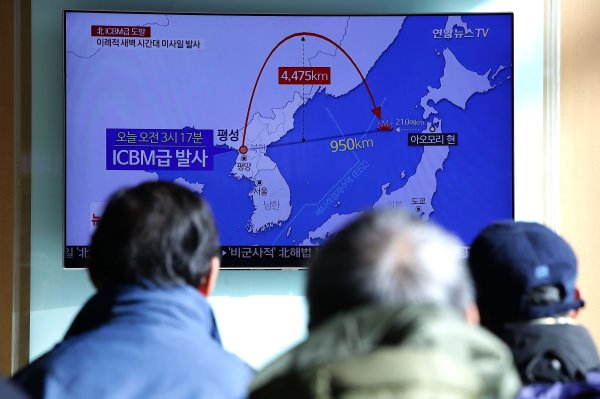 Lindsey Graham: The U.S. Could Soon Be at War With North Korea
Next Up: Editor's Pick