Political commentator Geraldo Rivera speaks to members of the media in the lobby of Trump Tower in New York, on Jan. 13, 2017.
Albin Lohr-Jones—Pool/ Bloomberg Images
By Katie Reilly

“Sad about @MLauer great guy, highly skilled & empathetic w guests & a real gentleman to my family & me,” Rivera said in a tweet. “News is a flirty business & it seems like current epidemic of #SexHarassmentAllegations may be criminalizing courtship & conflating it w predation. What about #GarrisonKeillor?”

Lauer was fired on Wednesday after being accused of “inappropriate sexual behavior in the workplace,” NBC News Chairman Andy Lack said.

“While it is the first complaint about his behavior in the over twenty years he’s been at NBC News, we were also presented with reason to believe this may not have been an isolated incident,” Lack said in a statement on Wednesday. Later in the day, Variety reported that multiple women had accused Lauer of sexual harassment occurring during his more than 20 years at NBC.

Lauer is the latest public figure to be fired over allegations of sexual misconduct in recent weeks. Earlier this year, Rivera also defended Bill O’Reilly against sexual harassment claims, using the same “news is a flirty business” defense. After his tweets on Wednesday, many pointed to a 1991 interview in which Bette Midler said the first time she met Rivera, he shoved her into a bathroom, drugged her and groped her without her consent.

“He and his producer left the crew in the other room, they pushed me into my bathroom, they broke two poppers and pushed them under my nose, and proceeded to grope me,” Midler said in the interview with Barbara Walters. “I did not offer myself up on the altar of Geraldo Rivera. He was unseemly.”

Fox News is distancing itself from Rivera’s comments, the network told Fortune in a statement.

“Geraldo’s tweets do not reflect the views of FOX News or its management. We were troubled by his comments and are addressing them with him.” 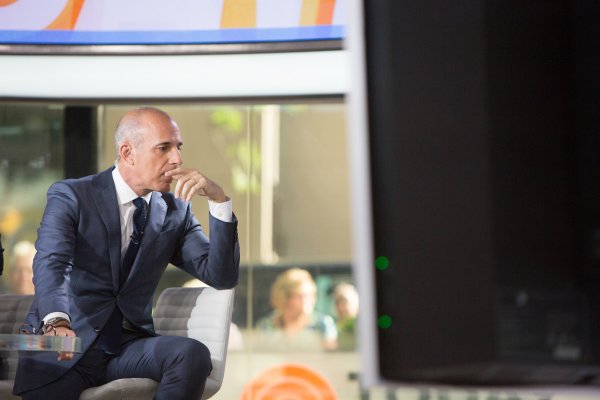 Matt Lauer Joked About Sexual Harassment on the Today Show Years Before Termination
Next Up: Editor's Pick