The One Single Thing Donald Trump and Martin Luther King, Jr. Have In Common

If I told you that in the last year of Dr. Martin Luther King, Jr.’s life, his approval ratings were in the range of President Donald Trump’s anemic disapproval numbers, would you believe me?

I know it’s hard to fathom, but it’s true.

A Harris Poll taken during King’s final year revealed that nearly three-quarters of the American people thought he was persona non grata, and almost 60% of his own people, black Americans, thought he was irrelevant.

Who knew that King had Trump-like disapproval numbers? But the backstory of the backlash is worth examining.

A year after his stunning victory over Hillary Clinton, Trump’s approval numbers have hit historic lows — the worst of any president at this point in a presidency since modern polling began. Most Americans do not think Trump is honest, trustworthy or has the temperament to serve effectively as president, and most think he has accomplished little or nothing since taking office.

In the last year of King’s life, he had fallen off from the ranks of the most-admired Americans. He was disinvited to the White House, forsaken by friends who had fortified him, abandoned by supporters who had sustained his work and witness, and dismissed by a media that had championed his cause.

Trump never had much support inside black America to begin with. But his penchant for throwing red meat to his red-state base has resulted in what can only be described as racially charged — if not racially motivated — Twitter tirades against African-American fellow citizens every chance he gets.

King had a deep and abiding love for his own people, but many turned against him in the last year of his life. The scorn of being unwelcome to preach in black churches was particularly painful. King was being ridiculed by black elites like Roy Wilkins, Whitney Young, Adam Clayton Powell, Ralph Bunche and even Thurgood Marshall. And for everyday black folk, and for the youth in particular, King’s message of nonviolence was falling on deaf ears. They wanted Black Power.

But low approval numbers are all that the President has in common with King. Trump is no King. (Take that any way you like.)

Sometimes the truth is so subversive and unsettling that people can’t handle it in real time. The terrain of history is dotted with prophetic truthtellers who we came to appreciate much too late. King’s vehement opposition to the war in Vietnam cost him dearly. We now know that King wasn’t so much alone as he was early. And he was right. Indeed, the last year of King’s life is a cautionary tale about what happens to a society that ignores its truthtellers — on racism, poverty, militarism, patriarchy, environmental degradation, white supremacy.

But history is also littered with false prophets preaching false doctrines. They convince just enough people that only they can deliver us to the promised land and make us great again. But once in power, they become democracy disrupters, hell-bent on dismantling and destroying — not to mention brazenly violating — the rule of law as they seek to shrink civil liberties.

Let’s just be honest: America is lost. And the only thing worse than being lost is being lost and headed in the wrong direction, with a driver who thinks he knows it all and won’t listen to advice or instruction from anyone else in the vehicle.

Almost two decades after his death, America had a reckoning with the life and legacy of King. Only then came the postage stamp, the holiday, the schools, streets and libraries, the monument. It took us a while, but we eventually came to see him for what he was and still is:

As we fast approach the 50th anniversary of his death, I still believe that our destiny as a nation is inextricably linked to how seriously we take King’s legacy.

With time, Trump might also be able to rescue and reverse his dismal approval numbers. Of course, that would also require a course correction. Without it, the thing Trump loves most — his name emblazoned on buildings — is a public honor he’ll likely never have. Before honor comes humility.

History honors those who love and serve others. Not themselves.

Smiley is the creator of the national stage production Death of A King: A Live Theatrical Experience, premiering Jan. 15, 2018. 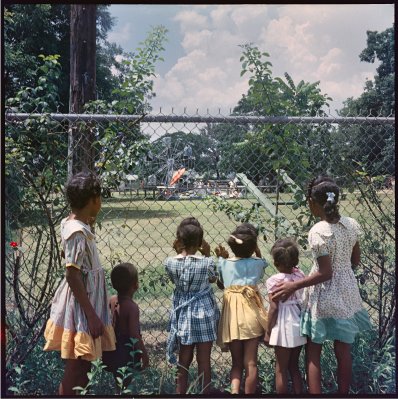 Photography's Power in the Civil Rights Movement Had a Tragic Side
Next Up: Editor's Pick