'Destiny 2' Is Adding An Interesting Perk for Amazon Echo Users

Voice assistants like Amazon’s Alexa have always invited comparisons to robotic companions and artificially intelligent helpers from science fiction. Perhaps then it comes as no surprise that video game makers are seeing an opportunity in Alexa — specifically when it comes to Destiny 2.

Bungie and Activision are releasing a new Alexa skill Wednesday that makes it possible for players to speak with their Ghost companion verbally through an Echo device. In Destiny, the Ghost is an AI companion that assists a player’s character in part by providing useful information and helping them find items.

As such, the Ghost Skill is designed to help players with specific tasks, like figuring out what to do next in the game, managing inventory, learning more about the world, and connecting with friends. Players could, for example, say something like, “Alexa, ask Ghost to call for backup,” or “Alexa, ask Ghost to equip my most powerful weapon.” The Ghost Skill is voiced by Nolan North, the same actor behind the character in the game, and contains more than 1,000 lines of speech with millions of variations.

The skill updates in real time so that it matches a player’s status as he or she progresses through the game. Using Alexa to communicate with Ghost doesn’t necessarily give players any sort of competitive advantage. And the concept of using a companion app or service to help manage items or connect with other players isn’t new — Bungie has long offered a Destiny smartphone app.

But Activision’s Ian Trombetta says communicating via voice could be particularly helpful for saving time since it cuts out the need to scroll through weapon and armor choices. “We know a lot of our players use other platforms to manage their inventory,” says Trombetta, the company’s vice president of consumer marketing. “So this keeps the focus on the gameplay itself.” Players can also say, “Alexa, tell Ghost to equip my raid loadout” to switch to an entire set of gear rather than equipping each piece manually.

Other than using the Ghost Skill to change weapons and armor, players can use it to find out which friends are online, learn more about other characters, and tell a player about how his or her clan has been performing and what they can do to earn more rewards.

A limited edition Ghost speaker was also announced on Wednesday, which was made specifically for using the Alexa skill and will be available on Amazon starting Dec. 19. The $89.99 Wi-Fi speaker was made to look like the Ghost from the game and must be connected to an Alexa-enabled device in order to work.

Both Amazon and Destiny 2‘s creators have reason to hope that the Ghost Skill catches on with fans. If successful, it will undoubtedly be seen as another prime example of how the Echo and other similar smart speakers can be used to provide experiences you can’t get elsewhere. That’s particularly important considering many skills have struggled with retaining users thus far. There’s only about a six percent chance that a user will return to a skill a week after enabling it, according to analytics firm VoiceLabs. That’s an improvement from the three percent second-week retention rate VoiceLabs reported in January, but is still a relatively small figure.

Meanwhile, Destiny 2 critics have recently complained that there isn’t enough to do in the endgame, which is the portion that takes place after players have essentially completed the storyline and start repeating gameplay to find rare loot and weapons. The Ghost skill is likely an attempt to convince players they haven’t seen everything yet. “[There are] some fun Easter eggs around things that our players know quite a bit about some of the characters,” says Trombetta. “It allows you to dive deeper into the world of Destiny.” 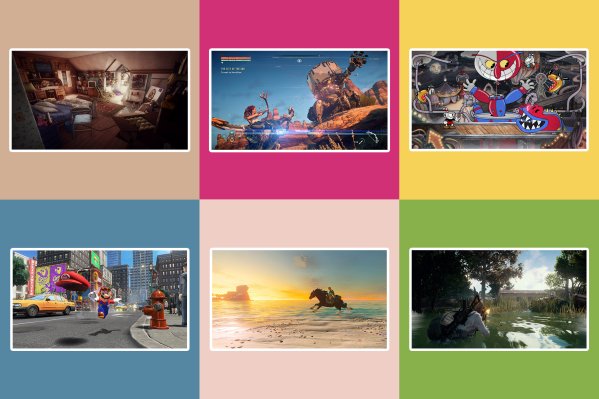