Patton Oswalt: How to Conquer Loneliness During the Holidays

Ugh, you’re alone on the holidays.

Every single cliché about solitude in winter pounces on you. You’re jumped. You’re pummeled into a gang of one that nobody else wants to join. The sun takes its sweet time heaving itself into the sky every morning, and then scuttles away too quickly right after 5 pm. Trees are bare and skeletal against a doomy, concrete sky. Life and motion and love all seem zombified.

You see happy families scurrying through the snow, clutching presents, laughing. Places to go. People to be with.

You’ve got no one.

And unlike other people who were maybe always alone, or never had someone special to scrub away a few layers of winter gloom, you did have someone. Someone you’d bend reality to have with you now. But they’re gone, faded into the grey planet you’re trapped on. It’s a world that now has a bitter flavor of mocking for all of its Thanksgiving/Christmas/Hannukah/Kwanzaa trimmings.

Is there any escape from this lonely planet? Can you build a spaceship and point it toward a world with a brighter sun, with more hopeful air to breathe?

You can’t. No one escapes the Lonely Planet.

So let me offer a radical solution.

Be a hostile alien visitor. If the planet you’re trapped on seems sustained by despair and silence, then infect it with your unique, un-killable strain of joy and sound.

I am not telling you to fake happiness, or rivet a death-grin to your face as you go about your days. If anything, I’m giving you permission to drill your heels even deeper into the swamp of sadness you’re in. And with those heels dug in, and still with the weight of despair on your shoulders and the ocean of poisonous grief in your stomach, send joy and sound out into the Lonely Planet. Invade. Infect. Conquer.

There is peace and grace in spending the holidays alone. Take it from the veteran of many a Christmas Day in a half-abandoned Los Angeles. Go see an early matinee and sip coffee from the only sandwich place open on the block. Pretend you’re the survivor of a weird plague that’s wiped out the population yet still leaves TV stations broadcasting, fast food joints cooking you delicious food and empty buses crawling up abandoned streets. When you look at a holiday spent alone at the right angle, it becomes a sun-lit film noir wonderland.

If you fully inhabit and allow the beauty of a half-empty city or town to reset your depression, I promise you it will change the sadness around you. It will change the people around you. People’s loneliness isn’t alleviated by tit-for-tat joy. That’s too easy. It’s other people being alive and present which spawns true joy, and makes the dead air particles shimmer and vibrate and warm the world.

So go out and invade, in any way you can. If you have kids, make them part of your crew, let them join your mission. Be alive and aware and in motion on the Lonely Planet. It won’t stay lonely for long. 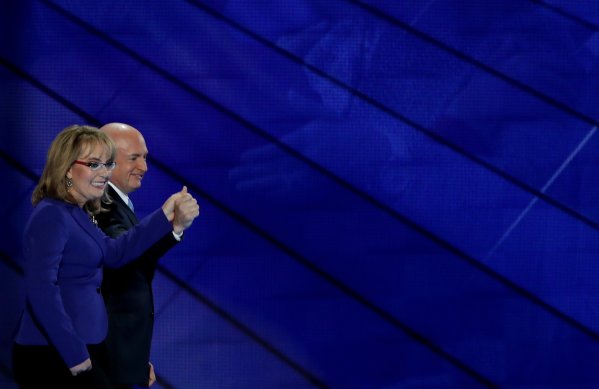 Gabby Giffords and Mark Kelly: The New Year Is a Time for Hope, Even After Tragedy
Next Up: Editor's Pick