In the wake of Matt Lauer’s firing from NBC’s Today show over allegations of sexual misconduct, the internet is remembering his former co-host Ann Curry’s emotional departure from the program in 2012. Lauer was fired Wednesday after more than 20 years as anchor of Today following a “detailed complaint from a colleague about inappropriate sexual behavior in the workplace,” according to a statement from NBC.

His termination has prompted some viewers to take to social media to express their support for Curry, who was reportedly forced out of her co-anchor position due to tensions with Lauer. “This is not how I expected to leave this couch after 15 years,” she tearfully announced during her final show. “For all of you who saw me as a groundbreaker, I’m sorry I couldn’t carry the ball over the finish line. But man, I did try.”

“Harassment and abuse is always about power,” Twitter user Alexis King captioned a gif of Curry tearing up. “Don’t forget what Matt Lauer did to Ann Curry.” 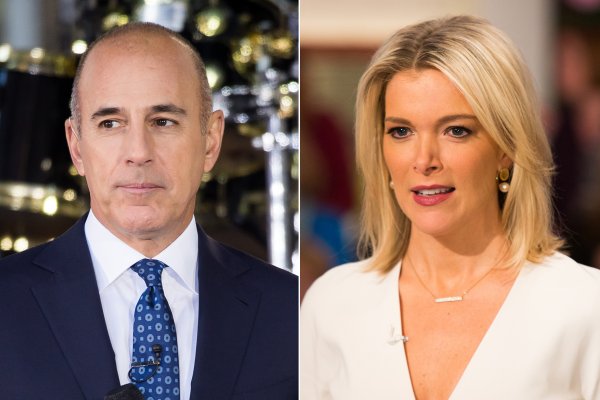 'This One Does Hit Close to Home.' Megyn Kelly Reacts to Matt Lauer's Termination From NBC
Next Up: Editor's Pick