Who Is Gertrude Jekyll? What You Should Know About the Famed Horticulturist

An innovative horticulturalist and garden designer, Gertrude Jekyll created hundreds of gardens and inspired many others with her eye for detail and color.

In honor of what would be her 174th birthday, Google celebrated the legendary garden designer Wednesday with a Google Doodle of colorful plants and flowers — and her looking on.

As Google notes in its description of its ode to the artist, Jekyll had many talents that aided her designs. She was also a writer, musician, botanist, composer, woodworker and metalworker.

“Her foundation as a budding artist greatly influenced her breathtaking creations,” Google wrote of Jekyll.

Born in 1843 in London, Jekyll created more than 400 gardens throughout the United Kingdom, Europe and the United States, and authored more than 1,000 articles for gardening publications, according to a 1989 story from the Chicago Tribune. At the time, the Tribune wrote that decades after her death in 1932 at the age of 89, “Jekyll occupies near-legendary cult status in horticultural circles, with both American and English gardening authorities acknowledging her as a premier influence in garden design.”

Google has created more than 2,000 doodles on its homepage since the idea first took off in 1998. To choose the subjects of their doodles, a team of Google staff members decide which events to celebrate each year, and assign an artist to make the concept a reality. 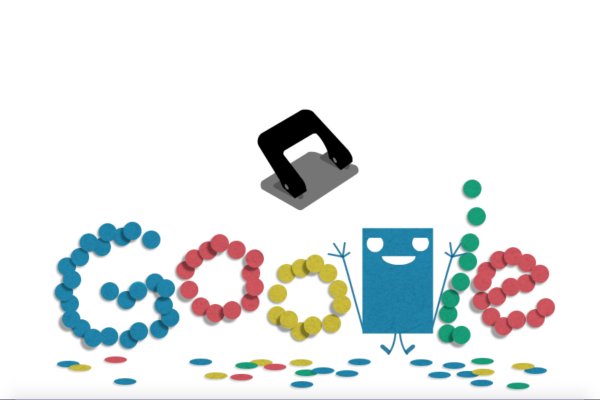 Your Office Hole Puncher Just Got Its Own Adorable Google Doodle
Next Up: Editor's Pick