Director Ridley Scott has spoken out about his recent decision to replace Kevin Spacey with Christopher Plummer in his forthcoming movie All the Money in the World, less than two months before its scheduled release. The decision came after Spacey was accused of making inappropriate sexual advances against actor Anthony Rapp when Rapp was 14 years old, which was quickly followed by many more allegations of inappropriate behavior.

Scott’s publicist Simon Halls confirmed the decision on Nov. 8, around a week before the film was due for its world premiere at the AFI Fest in Los Angeles. But despite the last-minute switch, which required the reshooting of all of Spacey’s scenes, Scott insisted on keeping the movie’s original Dec. 22 release date, which keeps it in contention for this year’s awards season.

In an interview with Entertainment Weekly, Scott, who is known to be an efficient director, said he never considered pushing the release date to 2018. “I know I can deliver… I move like lightning,” he said. “I’m already two scenes ahead. It’s simple! If you know what you’re doing, you don’t need 19 takes. You do one for the actor, one for me. It’s all planned out.”

The director said he first heard about the allegations against Spacey while finalizing the music for All the Money in the World in London’s Abbey Road recording studio. “I sat and thought about it and realized, we cannot,” he said. “You can’t tolerate any kind of behavior like that. And it will affect the film. We cannot let one person’s action affect the good work of all these other people. It’s that simple.”

Scott added that Plummer was his first choice as Spacey’s replacement. “I flew into New York and met with [Plummer] and he said yes. So then we had to figure out if everyone else would be available to fit in these new days of shooting. Miraculously, they were.”

In All the Money in the World, Plummer stars as J. Paul Getty, an oil tycoon who at one point was the world’s richest man. Scott’s film, which also stars Michelle Williams and Mark Wahlberg, tells the story of the infamous kidnapping of Getty’s grandson and the billionaire’s reluctance to pay the ransom. 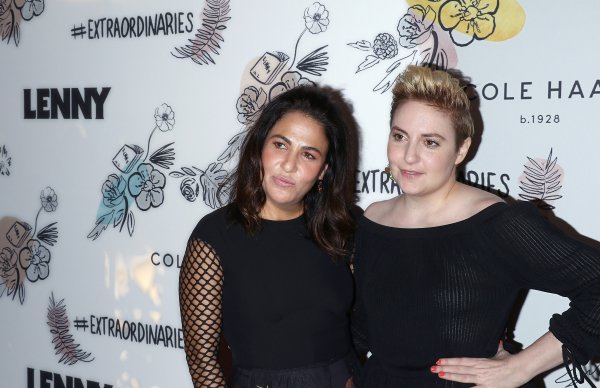 Lena Dunham Defends Producer Against Allegations
Next Up: Editor's Pick