Emotional Intelligence. It’s everywhere. They won’t shut up about it. And yet nobody seems to be able to explain what it really means or how you develop it.

Face it: you don’t even know what an emotion is. Most people would say an emotion is a feeling. And what’s a feeling? Umm… an emotion? Yeah, nice work there, Captain Circular.

And it turns out the latest research shows that the little we know about emotions is actually all wrong. And I mean really wrong.

Lisa Feldman Barrett is a Professor of Psychology at Northeastern University, with appointments at Massachusetts General Hospital and Harvard Medical School. Her new book How Emotions Are Made: The Secret Life of the Brain turns everything you know about the feels upside down.

Buckle in. We’re gonna learn the real story behind how emotions work, why they’re so difficult to deal with, and why the secret to emotional intelligence might just be the Merriam-Webster dictionary.

Time to fire up Occam’s chainsaw. Let’s get to work…

Why We’re Wrong About Emotions

Your fundamental emotions are hardwired and universal, right? We all have a crayon box with the same set of colors: anger, fear, happiness, sadness, etc.

And the latest research says that’s all wrong. W-w-w-w-what? You heard me. Actually, some cultures don’t have the full crayon box of emotions.

People in Tahiti don’t have sadness. Yeah, if you lived on a gorgeous island in the Pacific you’d probably feel sadness a lot less often but the Tahitian people literally don’t possess that emotion.

And other cultures have crayon colors you and I have never seen before.

I know what many people are thinking: You’re cheating. Wanting to hug Hello Kitty isn’t a real emotion. And pe’ape-whatever is just sadness by another name.

But that’s insisting that emotions are hardwired and universal. And research pretty convincingly shows they’re not.

There is no set crayon box. Emotions aren’t hardwired or universal. They’re concepts that we learn. And so they can differ from culture to culture.

If you think that pe’ape’a and sadness are the same thing, let me ask you a question: would you mistake “regret” for “heartache”? Would you confuse “disappointment” with “mourning”?

I didn’t think so. Could you call them all “sad”? I guess… But would that feel remotely accurate to you? Again, I doubt it.

You don’t feel “Forelsket” for the same reason you don’t speak Norwegian: you were never taught it.

If you had been raised somewhere different, you might feel something different. Emotions vary between people (do you simmer when you feel angry or do you break furniture?). And they vary dramatically between cultures.

But if you only have concepts for “anger”, “happiness”, and “sadness” then that’s all you’re ever going to see.

Often we pick these concepts up just from living in a culture, others we’re taught explicitly as children. And they’re transmitted from one person to the next, from one generation to the next.

When we experience a sensation, an emotion concept is triggered like a memory and actually constructed by the brain. It’s nearly immediate and you’re largely unaware of the process.

(To learn more about the science of a successful life, check out my new book here.)

So now you know how emotions work. And that leads us to how we can develop that fabled “emotional intelligence” everyone keeps yammering about. So what’s the first step?

It’s a big understatement to say that if the only emotion concepts you recognize are “me feel good” and “me feel bad” you’re not going to be very emotionally intelligent.

I see red, blue and green. An interior decorator sees periwinkle, salmon, sage, magenta and cyan. (And that is only one of many reasons you don’t want me decorating your house.)

The more time you take to distinguish the emotions you feel, to recognize them as distinct and different, the more emotionally intelligent you will become. This is called “emotional granularity.”

They’re like the oenophiles of emotions: This sadness is bittersweet, with fine notes of despondency and an aftertaste of lingering regret.

And the people who won’t shut up about the importance of EI are right. Having lower emotional granularity is associated with a lot of bad things — like emotional and personality disorders.

More importantly, when you’re able to finely discern what you’re feeling, you’re able to do something constructive to deal with the problems causing them.

If the only negative emotion concept you have is “me feel bad” you’re going to have a difficult time making yourself feel better. So you’ll resort to ineffective coping methods like, oh, bourbon.

Note: The results of my exceedingly thorough study on the topic of bourbon as an ineffective emotional coping technique (n=1) will be forthcoming.

And having a higher level of emotional granularity leads to good things in life.

(To learn 6 rituals from ancient wisdom that will make you happy, click here.)

Okay, so you’re taking the time to distinguish your feelings. You’re going from white belt “me feel bad” to black belt “I am consumed by ennui.” Great. How do you take it to the next level?

2) Emotional Intelligence Is In The Dictionary

If you don’t know what “ennui” means, you’re not going to be able to distinguish it. Learning more emotion words is the key to recognizing more subtle emotion concepts.

Now being a Scrabble champ, by itself, doesn’t necessarily make you emotionally intelligent. You still need to sit with your emotions and spend the time to distinguish them and label them.

So are you angry, furious, or just cranky? Recognize your emotions. Make the feelings distinct.

But what if the dictionary ain’t cutting it? What if no word does justice to something you feel on a regular basis?

No problem. Emotions aren’t hardwired. They’re concepts. And that means something really, really cool: you can make your own…

I know, sounds crazy. But Lisa Feldman Barrett says this is another excellent way to increase emotional intelligence. And it’s not as hard as you think.

Ever feel “out of it” or just “off”? You had sensations but no concept bucket that “fit” them. So your brain shrugged and threw it in the “miscellaneous” pile.

So give those feelings a name. That dread you feel on Sunday night knowing you need to go to work tomorrow? “Sunday-nitis.” Or that special something that you feel around your partner? “Passion-o-rama.”

Those are unique sensations. Give them an emotion. Learn to distinguish them from the other forms of dread or elation.

Yeah, it might feel a little silly at first but don’t let that hold you back. In Japan they have “age-otori” — “The feeling of looking worse after a haircut.” We’ve all felt that. It just took one emotionally intelligent genius to give it a name. Be that genius.

And if you want to make it more real: share the emotion with someone. Tell your partner the name of that unique feeling they give you. Maybe they feel it too.

Happiness and sadness and even “age-otori” are all constructed concepts. They become real because we have agreed on them with others. Dollars are just green paper rectangles — until we all agree they have value.

Add new colors to your emotional crayon box and you can draw a better emotional life for yourself — and others.

(To learn how to make friends as an adult, click here.)

Alright, we’ve learned a lot about emotional intelligence. Or emotional smarts. Or emotional genius. (Hey, words matter. Make distinctions.) Let’s round it all up and find out the best way to get started…

Here’s how to be more emotionally intelligent:

I post on this blog weekly. I have not missed a week for the eight years this blog has been in existence. But I have not posted anything new in a month. Because *I* have been dealing with some very icky emotions.

To all who reached out to me, I offer you a heartfelt thanks. (And Jason, Lisa, Jodie, Debbie and Trisha all get gold stars for going above and beyond the call of duty.)

The specifics of how I have been feeling is of little consequence. But the emotion I am feeling now may be of some use to you: I feel “gratitudinous.”

Yeah, that’s my own new emotion. Because “grateful” just ain’t gonna cut it.

Grateful is how you feel when someone loans you a dollar. Gratitudinous has awe. It’s when you get help you didn’t expect. At levels you didn’t think were possible. And from people who, frankly, you piss off with frightening regularity.

Gratitudinous also has hope and optimism in its recipe in a way grateful doesn’t. Autocorrect doesn’t like it much, but it works for me just fine. I’ve shared it with you. That makes it real.

What’s the emotion that describes how you feel around the people closest to you? Don’t reply with one word. I want a concept. A constellation of feelings. Give it a name.

Share this post with those people and tell them your new emotion. The utterly unique way they make you feel. Hopefully it will become a word you use regularly.

Emotions are fleeting. But they are unavoidable and they are the most human of all things. They are not universals; they are arbitrary. But if we feel them deeply and we share them with others, nothing in this life is more real.

Join over 315,000 readers. Get a free weekly update via email here. 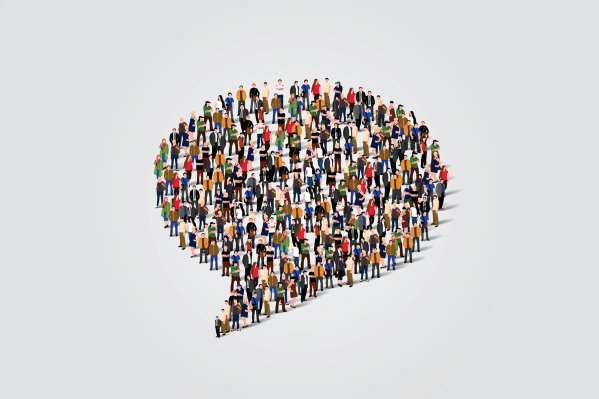