Why Marriage Is Linked to a Lower Risk of Dementia

People who have never married or whose spouse has died are at increased risk of developing dementia compared to married people, according to a new review in the Journal of Neurology Neurosurgery & Psychiatry. But being single may not be as big a health hazard as it once was, the analysis finds.

The new paper looks at evidence from 15 previously published studies involving more than 800,000 people in Europe, North and South America and Asia. When the data was combined, and factors including age and gender were controlled for, researchers from University College London found that people who had never married were 42% more likely to develop dementia compared to married people, and widows and widowers were 20% more likely.

Other research has shown that people with spouses tend to be healthier than those without them. This may explain part of the findings, say the researchers: Married couples may motivate each other to exercise, eat healthfully, maintain social ties and smoke and drink less—all things that are associated with a lower risk for dementia.

Grieving the death of a spouse can also increase stress levels, they say, which may affect nerve signaling in the brain and impair cognitive abilities. The authors of an accompanying editorial, researchers from the National University of Singapore and the Chinese University of Hong Kong, also point out that sexual activity has been associated with better cognitive functioning and that unmarried or widowed people may have less sex.

The news isn’t all bad for unmarried people, however. When the researchers looked at only the most recent studies, which included people born after 1927, the increased risk of dementia for single people was only 24%—suggesting that being unmarried may not as great a risk factor as it was in previous decades.

It’s possible, they write in the paper, that people who stay single may have cognitive traits that put them at higher risk for dementia, like difficulty communicating or an inability to be flexible in their thinking—especially in the past, when marriage was the social norm. “Remaining unmarried has become more common,” they write, “and it may be that single people born in the latter half of the 20th century have fewer unusual cognitive and personality characteristics.”

The researchers found no increased risk of dementia for people who were divorced. That may have been because of the relatively small number of divorced people involved in the studies, they say.

Because the studies were observational, they could only find a link between marital status and dementia risk, not a cause-and-effect relationship. The researchers also did not have information about how long people had been divorced or widowed, which may have provided more clues to the nature of the association.

Still, the fact that the study found a link across different populations and time periods supports the strength of the research, the authors say. The findings suggest the need for more work developing dementia-prevention strategies, they write, “and indicate this may be particularly important for the high-risk groups of widowed and lifelong single people.”

The authors of the editorial suggest that marital status may be an important risk factor for dementia to consider, alongside the established ones like a lack of physical activity, low education, hypertension and hearing loss. But it will be challenging to translate these findings into actionable advice, they say. For one, marital status is not always a choice (in the case of a spouse’s death, for example); in addition, the institution of marriage has changed rapidly, as same-sex marriage and unmarried co-habitation have become more socially acceptable.

They also point out that factors such as social isolation and depression are already known to increase the risk of dementia, and that these can be inextricably linked with being single or widowed. Whether marital status would remain important after these and other risk factors were completely accounted for “remains to be determined,” they wrote.

While the discovery of new risk factors is important, the editorial authors add, it still doesn’t mean that dementia is easily preventable. For this reason, they say, it’s important that research continues to focus on ways to destigmatize the condition, as well as ways to prevent the disease in the first place. 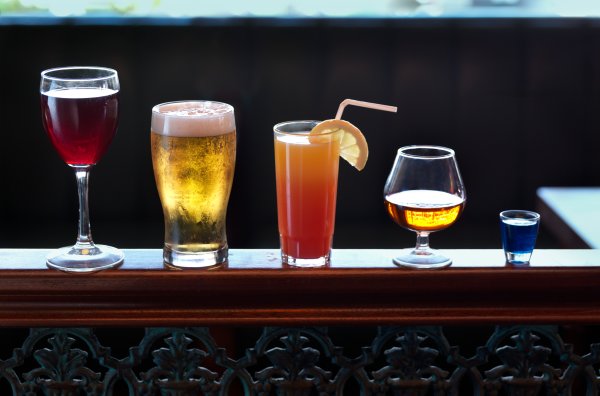 This Type of Alcohol Makes You Feel Sexy, According to Science
Next Up: Editor's Pick