A Student Was Suspended for Sexual Harassment. Now He's Quoting Betsy DeVos to Sue His School

Betsy DeVos, U.S. secretary of education, was in attendance at President Donald Trump's event on combatting drug demand and the opioid crisis, in the East Room of the White House, on Oct. 26th, 2017.
Cheriss May—NurPhoto/Getty Images
By Katie Reilly

A student who was suspended for sexual harassment is suing the University of Vermont, accusing the school of discriminating against men in its sexual misconduct policy. The student’s lawsuit cites Education Secretary Betsy DeVos’ description of such policies as a “failed system” that has neglected due process rights.

The plaintiff, identified in the lawsuit as John Doe, was accused of groping a freshman, identified as Jane Doe, at an off-campus party hosted by the school’s rugby club in April, when he was sophomore, according to the lawsuit. He is currently serving a one-semester suspension.

“In the face of Jane Doe’s criticism that UVM was not doing enough for female students, the University’s administrators chose to make an example of John Doe, even though there was no evidence to support, or corroborate, Jane Doe’s false allegations against him,” the lawsuit states.

The suit references DeVos’ recent move to roll back Obama-era Title IX guidelines on how universities should investigate complaints of sexual misconduct on campus. In a speech in September, DeVos faulted the Obama Administration for creating a “failed system” that “has clearly pushed schools to overreach.”

“UVM’s procedures for adjudicating sexual misconduct complaints is precisely the type of system referenced in DeVos’ statement,” the lawsuit against the University of Vermont states. “UVM students accused of sexual misconduct, like John Doe, have no meaningful opportunity to be heard and no meaningful right to an appeal. Moreover, they are presumed guilty from the start.”

DeVos’ action on sexual misconduct investigations has drawn heavy criticism from victims of sexual assault and their advocates, who fear a policy change will further discourage victims from reporting assaults and fuel a narrative that complaints need not be taken seriously.

“The University is committed to eliminating, preventing, and addressing the effects of sexual harassment and misconduct, and to providing a fair and impartial process for investigation and adjudication of reported incidents,” University of Vermont spokesperson Enrique Corredera said in statement on Tuesday.

“The University is confident it has acted legally and appropriately,” he added. “Not surprisingly, the plaintiff’s claim, appearing in various news outlets, provides only one part of the story. The University looks forward to its opportunity to present the facts and the relevant law governing this case in a public court of law.”

Other universities have also recently been hit with lawsuits from students who claim they were falsely accused of sexual misconduct and say their disciplinary proceedings were mishandled. In the wake of DeVos’ announcement, students accused of sexual assault at the College of Charleston and Coastal Carolina University have sued the universities over the investigations, according to the Charleston Post and Courier. 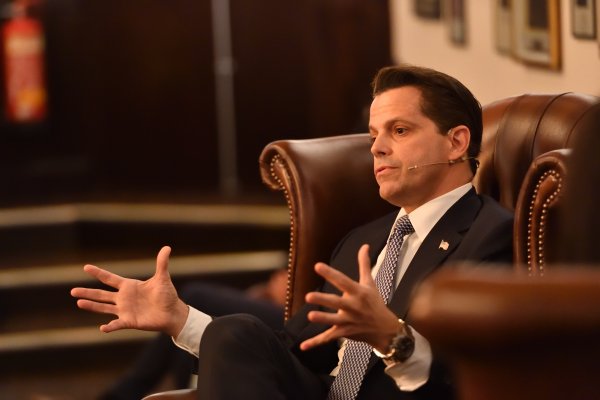 Anthony Scaramucci Resigns From University Board After Threatening to Sue Student
Next Up: Editor's Pick