Laissez-Faire Is Lazy and Not Fair. Consumers Need Protection

Ten years ago, Democracy, a small policy journal based in Washington, D.C., published an article by a then–little known law professor from Harvard. “It is impossible to buy a toaster that has a one-in-five chance of bursting into flames and burning down your house, but it is possible to refinance an existing home with a mortgage that has the same one-in-five chance of putting the family out on the street,” read the opening words of the article. Titled “Unsafe at Any Rate,” it went on to propose a Financial Product Safety Commission — a new federal agency to regulate the products the financial industry offers to American consumers.

A decade later, that law professor, Elizabeth Warren, is the senior Senator from Massachusetts and the agency that she proposed in the article and later saw enacted by the 2010 Dodd-Frank Act — now known as the Consumer Financial Protection Bureau — is under assault by the country’s leading banks and their lobbying arms.

I have made my own journey over the past decade. In 2007, I was the co-editor of Democracy. Today, as the CEO of a financial firm, I find myself navigating the regulatory landscape that I played a small role in bringing about.

Yet while my position has changed, my position on the issue of financial regulation has not. In fact, in my present role, I have come to see that the Consumer Financial Protection Bureau is not only good for consumers, but good for the financial firms themselves — whether they recognize it or not. Rather than lobbying to fight consumer financial protections, they should be leading the charge to implement them.

The financial industry is facing a dramatic crisis of distrust. According to a 2016 survey, only 8% of Americans said they trusted their own financial institution. This distrust comes with real costs, for banks as well as for their customers. The percentage of Americans building assets through investments in the stock market has been falling since the year 2000. The number of Americans without the financial products that would allow them the flexibility to meet an emergency $400 expense has grown.

For the country, the result is growing inequality of wealth and citizens under severe financial stress. For the banks, it means they are leaving profits on the table that they could make if people truly trusted them to meet their needs.

At the beginning of the last century, President Theodore Roosevelt and his Administration fashioned themselves as “Trust Busters,” taking on the excessive power and unconscionable practices of the era’s largest corporations. Today, we need “Distrust Busters” and my fellow financial industry CEOs should take the lead — in our own self-interest if nothing else.

That should start with changing our own industry’s practices when it comes to unfair fees and the glut of financial products that too often do more harm than good. But financial institutions — large and small —should also be encouraging the CFPB and common-sense regulation as a means of weeding out bad actors and unjust practices. Giving Americans confidence that there were smart rules in place and watchdogs guarding their enforcement would go a long way to start rebuilding a broken sense of trust.

Unfortunately, the suggestion that the financial industry beat the drum for regulation is likely to fall on deaf ears. The financial industry made over $1 billion in campaign contributions to federal-level campaigns during the last election —three times the political spending level of the second-highest industry in America. It spent another billion dollars during that time lobbying Washington for regulatory relief from the Consumer Financial Protection Bureau as well as the Dodd-Frank Act and the Obama-era “fiduciary rule,” which requires more financial advisors to put their clients’ interest first.

“This administration presumes that Americans can be trusted to decide for themselves what is best for them,” wrote Labor Secretary Andrew Acosta in a recent op-ed on financial regulation. But as Senator Warren pointed out in that journal article a decade ago, sometimes a toaster or financial product is so defective that consumers should not be thrown back on themselves to avoid it. Conversely, consumers with greater confidence in toasters or financial products are more likely to purchase them.

In the short term, a laissez-faire approach is attractive. In the long run, it’s lazy and just not fair. For the financial industry, working with Washington to craft smart regulations is the harder path, but at this moment that we face historic levels of distrust inhibiting its growth, seeking to avoid mandates to work in our clients’ best interests means working against our own. 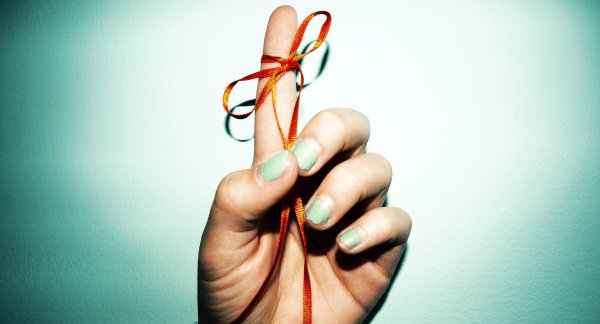 Being Forgetful Isn’t As Bad As You Think
Next Up: Editor's Pick