Margot Robbie has revealed what happened when she met Tonya Harding.

Robbie and Jake Gyllenhaal interviewed each other about their upcoming films as part of Variety’s “Actors on Actors” series.

Gyllenhaal, who stars in the forthcoming Boston marathon movie Stronger, asked Robbie about Harding in the new film I, Tonya, which looks at the skater’s rise and fall from grace, after she plead guilty to hindering the investigation into an attack on her skating rival, Nancy Kerrigan. While Harding is once again in the spotlight, it turns out that she is more concerned about Robbie’s emotional well-being.

“Something [Tonya] asked me about when we met, she said, ‘How are you dealing with fame and being famous?’,” Robbie said. “And actually, it was very kind of her to ask. Because to be honest, her situation was horrible, and it happened to her so young, and I think what made the biggest difference in the world was she didn’t have a support network around her. And I do, and I’m so lucky.”

Robbie mines Harding’s side of the story, including her lack of a support system, in the antihero film in theaters now. 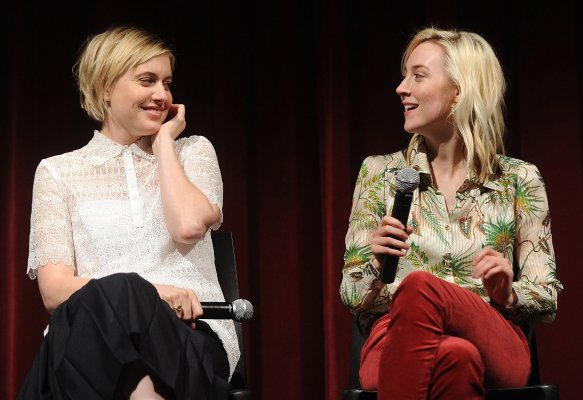 Lady Bird Is Officially Rotten Tomatoes’ Best-Reviewed Movie Ever
Next Up: Editor's Pick