Anthony Scaramucci Resigns From University Board After Threatening to Sue Student

Anthony Scaramucci resigned on Tuesday from the board of advisors to Tufts University’s graduate school for international affairs, following calls for his removal from students and faculty members.

Scaramucci — whose tenure as President Trump’s White House Communications Director in July was brief and tumultuous — had been slated to speak at Tufts on Monday and discuss his spot on the board, but the event was postponed after he threatened to sue a student who wrote a critical op-ed in the Tufts Daily.

“This morning, Anthony Scaramucci informed The Fletcher School that he is resigning his position on the school’s Board of Advisors, effective immediately,” Admiral James Stavridis, dean of the Fletcher School, said in a statement on Tuesday. “We thank Mr. Scaramucci for his past service to Tufts and wish him well.”

Students launched a petition in October to remove Scaramucci from the Fletcher School’s board of advisors. In op-ed pieces this month, Fletcher student Camilo A. Caballero called Scaramucci “irresponsible, inconsistent” and “an unethical opportunist,” prompting Scaramucci’s lawyer to demand a retraction and a public apology and threaten to take legal action. In a response letter on Tuesday, ACLU lawyers representing Caballero said the litigation threat was “without merit.”

Caballero told reporters on Tuesday that he was happy to see Scaramucci resign and to witness the “overwhelming” response on campus.

“What a difference a day can make. One day I was, you know, writing an op-ed, and a few days later, we’ve got a team defending free speech. Talk about a civics class for this semester,” he said during a press call. “This process — while it was overwhelming, and I did not expect it — it just reminded me of the things that we need to continue fighting for in this country.”

In an open letter published on Monday, Scaramucci had urged Tufts students to “reconsider your protest.”

“Unfortunately, on college campuses across the country, students and faculty increasingly preach tolerance and free speech only if you agree with their ideas. Tufts can and must do better,” he wrote. “My involvement with the Trump administration, and the infamous nature of my firing, are not reasons to remove me from the Fletcher School Advisory Board. Those unique and valuable experiences make me an even more valuable resource and well-rounded advisor.” 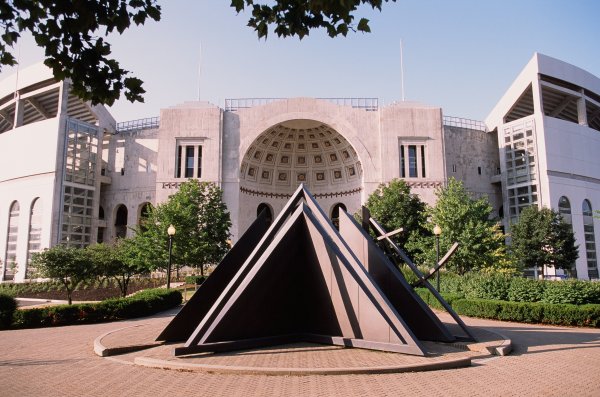 Ohio State Suspends Most Fraternities Amid Probes
Next Up: Editor's Pick