In a statement Monday, Pelosi said that she spoke with Melanie Sloan, the high-profile Washington, D.C. lawyer who last week alleged that Conyers harassed and verbally abused her in the 1990s — including an instance where he called her to his office for a meeting in his underwear.

“I find the behavior Ms. Sloan described unacceptable and disappointing,” Pelosi said in the statement. “I believe what Ms. Sloan has told me.”

“I have not had the opportunity to speak with the other women, one of whom cannot speak publicly because of the secretive settlement process in place,” Pelosi added. “That ridiculous system must be ended and victims who want to come forward to the Ethics Committee must be able to do so.”

Pelosi’s comments are a sharp contrast to her previous remarks on Conyers’ allegations. On Sunday, she told Chuck Todd on NBC’s Meet the Press that Conyers said the system was “strengthened by due process” before turning to praise him.

“John Conyers is an icon in our country,” she told Todd. “He has done a great deal to protect women — Violence Against Women Act, which the left — right-wing — is now quoting me as praising him for his work on that, and he did great work on that. But the fact is, as John reviews his case, which he knows, which I don’t, I believe he will do the right thing.”

Her remarks generated fierce backlash online, many of which accused Pelosi of being tone-deaf and hypocritical in a post-Weinstein world.

That same day, Conyers announced that he was stepping down as ranking member of the House Judiciary Committee while the House investigates the claims of sexual harassment against him.

“I deny these allegations, many of which were raised by documents reportedly paid for by a partisan alt-right blogger,” Conyers said in a statement. “I very much look forward to vindicating myself and my family before the House Committee on Ethics.” 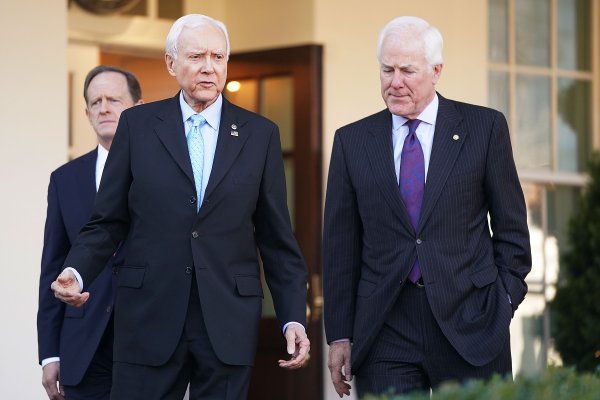