The Washington Post said on Monday that a woman tried to give the paper a false story about embattled GOP Senate candidate Roy Moore. The Post‘s subsequent reporting indicates that the woman attempted to deceive the paper as part of a undercover sting operation likely led by a conservative activist.

According to the Post, a woman by the name of Jaime Phillips reached out to one of the paper’s reporters earlier this month with a claim that Moore — who is battling sexual harassment allegations from women who say they were teenagers at the time —impregnated her in 1992 when she was 15, prompting an abortion. After a series of interviews, the Post began fact-checking Phillips’ allegation and background, which became increasingly inconsistent throughout the reporting process, the paper said.

The Post said it was able to trace Phillips back to Project Veritas, an organization formed by right-wing activist James O’Keefe that frequently targets mainstream news outlets with deceptive tactics like covert video recordings in order to expose what it believes is media bias.

Post reporters said they witnessed Phillips walk into Project Veritas’ office in Mamaroneck, N.Y., about 30 miles north of Manhattan. O’Keefe denied subsequent requests for comment regarding Phillips’ appearance at the office in addition to questions asking if he was working with Moore, former White House adviser and Moore supporter Steve Bannon, or other Republican officials. Both O’Keefe and Moore’s campaign did not immediately respond to TIME’s request for comment.

The Post said one of its researchers also found a GoFundMe campaign created by a “Jaime Phillips” asking for contributions to move to New York for a new job. “I’ve accepted a job to work in the conservative media movement to combat the lies and deceipt of the liberal MSM,” the page read. Two months earlier, Project Veritas had posted job listings on Facebook seeking candidates to “adopt an alias persona, gain access to an identified person of interest and persuade that person to reveal information,” according to the Post.

These findings prompted the paper to publish Phillips’ off-the-record comments because “we can’t honor an ‘off-the-record’ agreement that was solicited in maliciously bad faith,” Post executive editor Martin Baron said in the report. That decision cleared the way for Post videographers to accompany reporter Stephanie McCrummen as she confronted Phillips in an Alexandria, Va. restaurant last week with a printout of the GoFundMe page.

Phillips responded by saying that she was going to take a job with the Daily Caller last summer but it “ended up falling through.” Daily Caller executive editor Paul Conner told the Post that none of the publication’s top editors had interviewed a woman by the name of Jaime Phillips.

“I think I probably just want to cancel and not go through with it at this point,” Phillips said to McCrummen in the restaurant shortly before ending the interview. “I’m not going to answer any more questions. I think I’m just going to go.”

Later that day, the GoFundMe page was gone, replaced by a new one, according to the Post.

“Campaign is complete and no longer active,” the posting read, according to the paper. 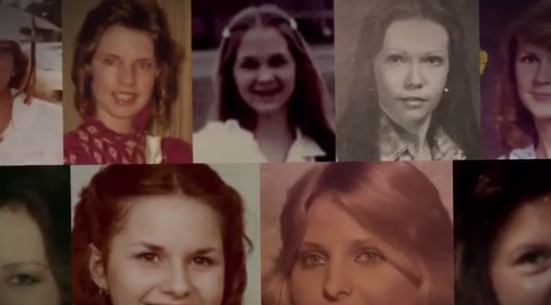 'Will We Make Their Abuser a U.S. Senator?' Doug Jones' New Ad Features Roy Moore's Accusers
Next Up: Editor's Pick