Perry and Kovel are attorneys at Schwartz Perry & Heller, LLP, a New York City law firm that represents employees asserting claims of sexual harassment and discrimination in the workplace.

On November 20, 2017, The Washington Post first reported that internationally-acclaimed television news journalist Charlie Rose was accused of sexual harassment at his independently-owned and small, but unquestionably prestigious, television production company Charlie Rose, Inc. In a statement to the Post, Rose said, “It is essential that these women know I hear them and that I deeply apologize for my inappropriate behavior.”

Among the details of alleged acts of intimidation, unwanted touching, and perversion, the eight women who came forward in the article reported a common and painful realization: not knowing how to report and address the harassment given the lack of corporate structure, and specifically a human resources department at the company.

He has since been fired from CBS, where he co-hosts “CBS This Morning” and was a “60 Minutes” correspondent. PBS, which distributes his namesake program, has also ceased distribution. However, none of the women who accused him in the Post, worked for CBS or PBS.

While the Charlie Rose scandal is news-worthy given the fame and notoriety of the alleged offender, countless employees of small companies are victims of sexual harassment. According to the United States Small Business Administration, in 2014 there were no less than 3.8 million private sector employers in the United States with 15 or fewer employees, and no less than 17.1 million employees working for these companies. Alarmingly, a recent ABC News-Washington Post poll found that 3 in 10 women “have put up with unwanted advances from male co-workers” and “more than half of American women have experienced unwanted and inappropriate sexual advances from men.”

While women are not the only victims of sexual harassment in the workplace, the statistical data projects a very significant number of employees currently working for small businesses that may be negatively affected by sexual harassment and with seemingly nowhere to turn.

As a form of unlawful gender discrimination, sexual harassment is prohibited in the United States by Title VII of the federal Civil Rights Act of 1964 (“Title VII”). However, only those employers with 15 or more employees are required to comply with Title VII in the workplace.

That said, states, cities and municipalities may have more inclusive anti-discrimination and anti-sexual harassment statutes that would cover a small business employer. For example, a company doing business in New York City that has at least four employees, would be required to comply with the New York City Human Rights law, which offers additional protections beyond those afforded under Title VII. Under the city law, the perpetrator of the sexual harassment may be individually liable if he or she is a principal or supervisory or managerial employee, such as Charlie Rose. This is why it is very important to check the specific laws in your area.

In a perfect world, a victim of sexual harassment would take her or his concerns to the human resource department where a well-trained, impartial investigator would conduct a thorough inquiry followed by prompt remedial action. All too often, however, human resources prioritizes protecting the company from liability ahead of protecting the victim. And regardless of size, companies are not required by law to have human resources departments. Nevertheless, there are steps that can be taken if your employer is engaging in sexual harassment and there is no clear individual or department to report the behavior to.

1. Always, first and foremost, know that your immediate personal safety comes first. The local police should be alerted and involved, as needed.

2. Keep contemporaneous notes of any incident you feel may constitute sexual harassment and tell someone (close friend or family member) in real time about your experiences. A corroborating witness may be helpful later on.

3. Speak with an experienced employment attorney to understand your legal rights.

4. Identify the identity of your actual employer (whether the entity you think is your employer is in fact owned by a larger company, etc.) and determine with your experienced employment attorney whether there is anyone at the company (a supervisor or otherwise) who should be notified of the incident(s) before asserting a claim against the employer.

This information is not meant to replace legal advice or representation from an experienced employment attorney. 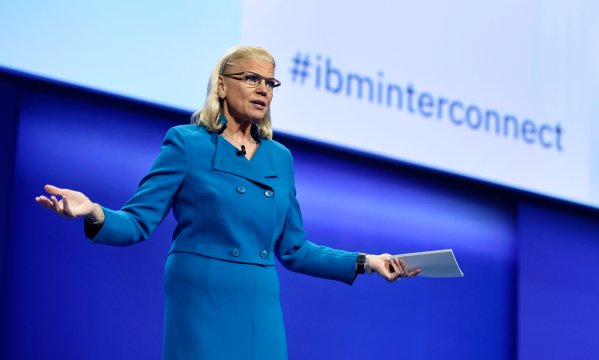 Get Ready for the New Disrupters
Next Up: Editor's Pick