President Trump wished Americans a happy Thanksgiving early Thursday morning on Twitter, but didn’t waste any time before boasting about his track record in the same tweet.

“HAPPY THANKSGIVING, your Country is starting to do really well,” he wrote. “Jobs coming back, highest Stock Market EVER, Military getting really strong, we will build the WALL, V.A. taking care of our Vets, great Supreme Court Justice, RECORD CUT IN REGS, lowest unemployment in 17 years….!”

He followed up with another tweet: “MAKE AMERICA GREAT AGAIN!”

Four hours later, Trump posted what appeared to be an official White House video to Twitter. In it, he recited the history of the holiday and wished Americans a “blessed and joyful Thanksgiving.”

He also made reference to challenges America has faced in the last year. “We pray for the Americans impacted by the devastating storms and wildfires that struck our nation. We mourn for the victims of the horrible shootings that stole so many innocent lives. And we thank God for the police, firefighters, paramedics and rescue workers who put themselves in harm’s way to save others.”

At the end of the video, he reiterated some of the claims of his earlier tweet. “Our country is doing very well,” he said. “Our stock market has hit a new all-time high, unemployment is at a 17-year low, we’ve created $5.5 trillion worth of values. We are doing something very special. People are feeling it. The enthusiasm in this country has never been higher. We are very very happy on this Thanksgiving day.”

Trump is right to claim that the stock market is at its highest point ever. On Tuesday, the Dow Jones, S&P 500 and NASDAQ all hit new records.

It is also roughly accurate for him to claim that unemployment is at its lowest in 17 years. The current unemployment rate is 4.2%, lower than any time since February 2001 — 16 years and nine months ago.

But the unemployment rate has been falling since 2010, when Trump’s predecessor Barack Obama was still in office. It peaked at 10% in 2009 as a result of the financial crisis, and was at 4.8% when Trump took office. That means Trump has overseen a drop of only 0.6%.

Trump’s tweet is not the first this week where he has appeared to demand personal thanks. Between Sunday and Wednesday, a feud broke out between the President and LaVar Ball, the father of a UCLA basketball player imprisoned in China who was released following Trump’s visit to the Asian nation.

Ball refused to thank Trump for his son’s release, prompting the President to tweet: “It wasn’t the White House, it wasn’t the State Department, it wasn’t father LaVar’s so-called people on the ground in China that got his son out of a long term prison sentence – IT WAS ME.”

He proceeded to call Ball an “ungrateful fool” in a tweet posted at 5.30 a.m. 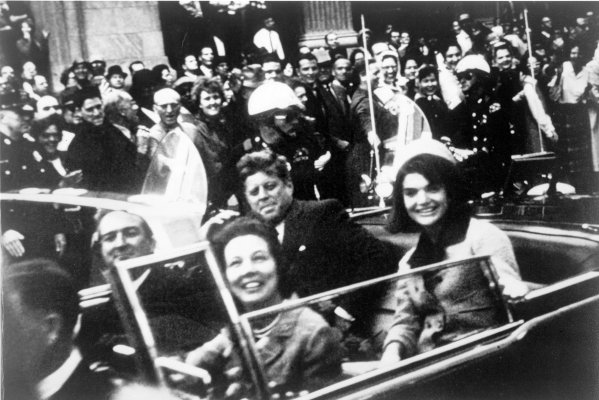 What Experts Have Learned So Far From the JFK Records Releases
Next Up: Editor's Pick