The Legendary Jazz Singer Jon Hendricks Has Died at 96

Jon Hendricks, a jazz singer best known for his work with 1950s vocal trio Lambert, Hendricks & Ross, has died, according to the New York Times. He was 96.

Once called the “James Joyce of jive” by Time magazine, Hendricks was best known for a technique known as vocalese (an invention credited to Eddie Jefferson), where singers take well-known jazz instrumental pieces and riff off of their titles to create stories that match the musical melodies in their intricacies.

Hendricks both conducted his own vocal improvisations, as well as adding words to those of others. He often took songs recorded by famous jazz ensembles like the Count Basie Orchestra and added words to make unique pieces of his own, as with “Jumpin’ at the Woodside.”

He rose to fame in 1957 with the success of Sing a Song of Basie recorded with fellow musician Dave Lambert, and they rounded their trio with Annie Ross, launching them to even greater success. In Lambert, Hendricks & Ross, he served as the main lyricist and on-stage spokesman. The group was known for their unique scat singing, showmanship, and harmonization. The trio split in 1962 and Hendricks continued to work as a lyricist and even guested on a song with a new rock band named The Warlocks, who eventually renamed themselves the Grateful Dead.

Born in 1921 in Newark, Ohio, Jon Carl Hendricks was one of 14 children. He studied law on the G.I. Bill following World War II, but he quickly moved to New York City and turned to ghostwriting lyrics for Tin Pan Alley to stay afloat.

In addition to his singing career, Hendricks taught jazz at the University of Toledo and worked as a music critic.

He is survived by daughter Aria Hendricks. 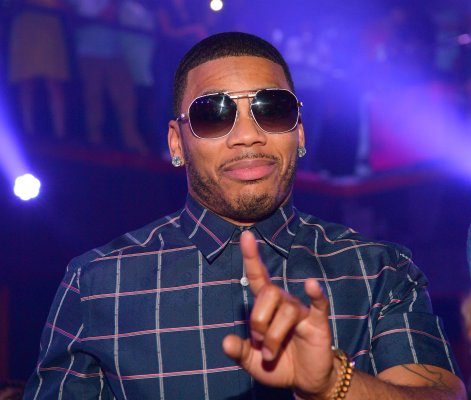 Nelly Is Performing in Saudi Arabia to an All-Male Crowd
Next Up: Editor's Pick