Doug Jones, the Democratic Senate candidate in Alabama, has released a new political ad featuring several women who have accused his opponent, Roy Moore, of sexual harassment and assault.

Jones’ new ad opens with the names of seven women who have accused Moore of sexually targeting them when they were young, along with photographs of the women as girls.

“And the list is growing,” a voiceover says. “They were girls when Roy Moore immorally pursued them. Now they are women — witnesses to us all of his disturbing conduct. Will we make their abuser a U.S. Senator?”

At the end, more names of accusers are listed before the clip fades out.

Jones posted the ad, “Immoral,” on his Twitter page on Wednesday, a day after releasing another ad attacking Moore over the allegations. The previous ad featured quotes from conservative figureheads condemning Moore, including Ivanka Trump’s statement that “There’s a special place in hell for people who prey on children.”

Roy Moore has denied the accusations. President Donald Trump publicly stood by the Republican candidate in remarks on Tuesday. 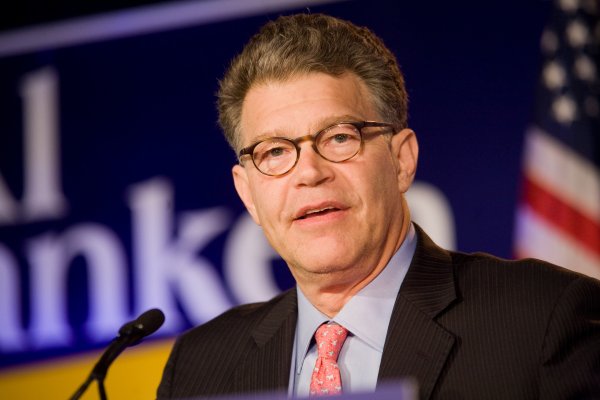 Women of 'SNL' Sign Letter of Support for Sen. Al Franken
Next Up: Editor's Pick