Sacha Baron Cohen has volunteered to come to the rescue of six tourists in Kazakhstan, who were arrested for wearing “mankini” swimsuits made famous by the comedian in his 2006 movie Borat.

The Czech tourists were arrested and fined 22,500 tenge ($68) after posing for photographs in the skimpy green one-pieces in the Kazakh capital of Astana earlier this week.

“To my Czech mates who were arrested. Send me your details and proof that it was you, and I’ll pay your fine,” the actor and comedian wrote , directing injuries to “arrestedforwearingyourmankini@gmail.com.”

The movie attracted a devoted following, but it was not well received in Kazakhstan. Borat was initially banned, and the Foreign Ministry threatened to sue Baron Cohen, complaining that the film portrayed their country as prejudiced and backward, the BBC reports.

But the film inspired many fans to travel to the Central Asian country. In 2012, the Kazakh foreign minister said he was “grateful” for the movie for “helping attract tourists.” 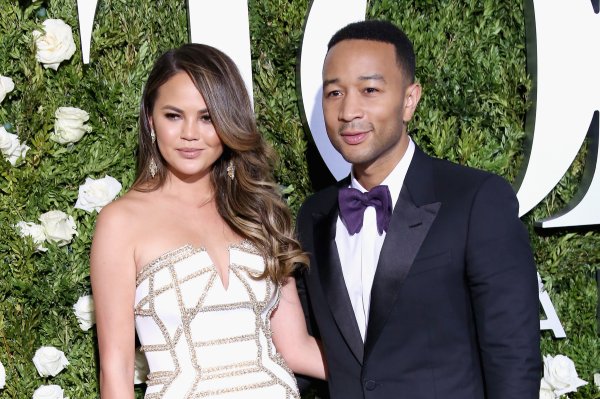 'It's John's!' Chrissy Teigen and John Legend Are Expecting a Second Child
Next Up: Editor's Pick