60 Percent of Female Voters Say They Have Been Sexually Harassed, Poll Finds

Sixty percent of female American voters say they have experienced sexual harassment, according to a Quinnipiac University poll released Tuesday, the majority of which has occurred in the workforce.

The poll’s findings come at a time when sexual harassment allegations against prominent figures are emerging almost daily, rocking everything from movie sets and television show writing rooms to newsrooms and Capitol Hill.

Comparatively, only 20% of men said they had experienced sexual harassment. However, nearly everyone polled — 88% of men and 89% of women — said it is a major issue, and 55% said they have a better grasp of it because of recent media coverage.

The Quinnipiac poll was conducted among 1, 415 voters across the country from November 15 to November 20 and has a margin of error of 3.1 percentage points. 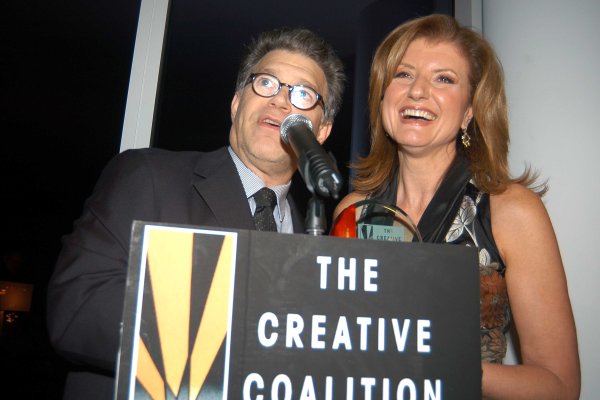 Arianna Huffington Defends Al Franken After ‘Inappropriate' Photos With Her Emerge
Next Up: Editor's Pick