The Sexual Misconduct Revelations on Capitol Hill Are Just Beginning

The revelations about sexual misconduct on Capitol Hill keep coming, but there are signs we’ve barely scratched the surface.

In recent weeks, talk radio host Leeann Tweeden accused Democratic Sen. Al Franken of Minnesota of forcibly kissing her during a rehearsal for a sketch on a USO tour, then a second woman said he improperly touched her during a photo. (Franken has apologized and said he remembers the incidents differently.)

BuzzFeed reported that long-serving Democratic Rep. John Conyers of Michigan settled a sexual harassment claim for $27,000, paid from his office budget in a manner that has raised eyebrows. (Conyers denied wrongdoing.)

And Republican Senate candidate Roy Moore of Alabama faced allegations that he romantically pursued teens when he was in his 30s. (Moore has denied the allegations and intends to continue running.)

Two Democrats, two Republicans. A senator, a would-be senator, a president and a long-serving Congressman. And that’s just the ones we know about right now.

Testifying before a House committee, Democratic Rep. Jackie Speier said that she knows of two current lawmakers, a Democrat and a Republican, who have sexually harassed staffers. At the same hearing, Republican Rep. Barbara Comstock of Virginia said that a member of Congress greeted a staffer at the door of his house wearing a towel and then exposed himself.

Records show that Congress has used $17 million of taxpayer money to settle discrimination lawsuits, which would include sexual harassment as well as discrimination based on race, age and other characteristics, since 1997. But that wouldn’t include a severance payment like the one in Conyers’ case, so the figure could be even higher.

That means there are a lot of other shoes that could drop.

The documents that BuzzFeed used for its investigation of Conyers were provided by Mike Cernovich, a pro-Trump media activist with a checkered reputation. (He gave them to the news outlet without conditions, saying they’d be discredited if they came from him, and BuzzFeed found confirmation that they were legitimate.)

That means someone on Capitol Hill leaked those documents, for whatever reason. And if that’s happened once, it will happen again. The aftermath of the allegations of sexual misconduct by Hollywood producer Harvey Weinstein have emboldened victims to speak up about harassers in Hollywood, the media and politics.

That’s not going to stop anytime soon. And as much as the recent revelations have seemed like an outpouring, they’re just the beginning. 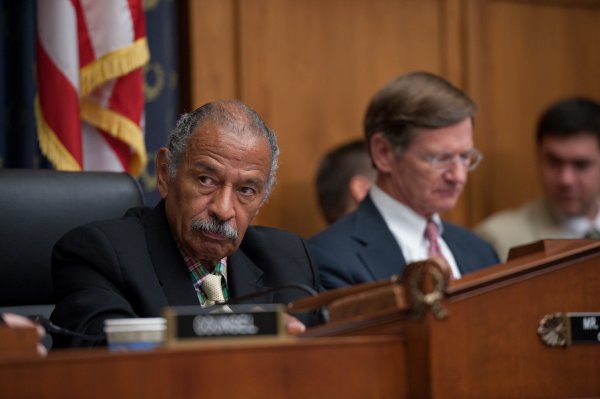 Democrats Call for Investigation Into Rep. John Conyers After Sexual Harassment Settlement
Next Up: Editor's Pick