Drinkers in Europe Are Getting a Thirst for American Liquors. But Will Trade Keep Flowing?

Bottles of single barrel bourbon are filled on the bottling line at a distillery in Kentucky.
Getty Images/Bloomberg Creative Photos
By Billy Perrigo

Stephen Gould is pacing around his home in Colorado, fresh from issuing his latest orders to a small army of engineers. Not an out-of-the-ordinary activity for a man who used to be in control of Ford’s Asia-Pacific supply chain – except that the previous day he was out cold on an operating table, he says, as doctors removed a massive tumor from his chest.

The stitches may only be hours old, but Gould knows that this moment is far too critical for him to spend time recovering. The founder and director of Colorado-based liquor company the Golden Moon Distillery is preparing his company for a $5 million transformation that would supercharge its output from a few thousand cases of liquor per year to over a quarter million.

Golden Moon creates what Gould calls “artisan ultra premium” spirits — gins, bourbons, ryes and more concocted with methods thought lost to history, dug out of Gould’s private research library of old distilling literature. Business is booming across the U.S. for this kind of small-batch, locally sourced liquor. The number of independent distilleries in the U.S. grew by over 20% last year alone. “People want to know where their spirits are coming from, they want something different, something that tastes wonderful,” Gould says.

That includes drinkers outside the U.S., who are fast developing a taste for uniquely American liquors. The U.S. exported $1.4 billion worth of distilled spirits in 2016, a 6.7% increase on 2015, and this year is expected to be even better. Big names like Jack Daniels, funded by multinational owners with deep pockets, have long had an international presence. Now smaller distilleries are getting a piece of the action too. Gould confidently reels off the countries his distillery’s expansion will allow him to export to. “We plan to be a much larger player in the U.K., we’re in active negotiations in the Dutch market, northern Europe, and next we plan to launch whiskies in the Japanese and Indian markets.”

But international expansion poses a risk at a time when globalized trade is facing unprecedented challenges. In a protectionist move in July, Donald Trump threatened to slap import tariffs on EU steel. That move prompted a retaliatory threat from the E.U. to tax one of the most distinctively American products on the market — bourbon whiskey. “We are in an elevated battle mood,” European commission president Claude Juncker told reporters.

Gould doesn’t hide his indignation about the Trump administration’s newly protectionist stance. “I am utterly shocked at the gross lack of understanding that our current administration has on how international trade works,” he says. “I think that my country’s change in attitude regarding trade is going to harm the entire alcohol and beverage sector in the United States.” Nevertheless, he believes his sector is robust enough to overcome a nascent trade war.

Other distillers are more optimistic about the threats being traded between the U.S. and Europe. Steve Beam, a descendant of the famous bourbon pioneer Jacob ‘Jim’ Beam, runs the Limestone Branch whiskey distillery in Kentucky. His key product: Yellowstone Whiskey, a 105-proof bourbon. “Depending on what the tax is, we may lose some competitive advantage,” he says of the possible bourbon tax in the E.U. “They could make it more expensive for the consumer. Everybody loses in that deal. But hopefully they’ll get this all figured out and that won’t be the case.” The gap in the market will exist no matter what, Beam says. “There seems to be more demand than supply right now, which is always a good situation for the supplier,” he says.

Beam’s main target is the U.K., the second biggest export market for U.S. spirits after Canada. Brits drank $122 million of American liquor in 2016. But for both Beam and Gould, the big question mark of Brexit hangs over their plans for U.K. expansion. Uncertainty over how Britain’s exit from the E.U. will impact trade agreements means it’s impossible for exporters to plan one year down the line, let alone five. “I don’t think the British government has really figured out what the hell it’s doing,” Gould says.

But it will take more than Brexit to make British drinkers lose their appetite. The retailers Morrisons, Waitrose, Asda, and Marks and Spencer have all introduced new craft spirits into their stores in the past two years. The country’s stagnant economy might in fact be helping sales, says Michael Vachon, an American spirit distributor working in the U.K. market. “In a recession, products like ours probably do better. People may not be able to afford their holiday, but they can still treat themselves to smaller luxuries in lieu.”

The growing market seems of a piece with a broader trend of consumers casting aside mass-produced products in favour of the artisan. “How products are made is more important than ever to consumers, because they have more access than ever to information,” Vachon says. He is quick to draw parallels between the growth of independent spirits and the craft beer boom. But the distillers, while acknowledging the similarities, shy away from using the word “craft” when describing their business. “We are moving away from that term,” Beam says. “I’d prefer calling ourselves a grain to glass distillery. Craft doesn’t really mean a whole lot in the distilling business, and I think it’s lost some meaning in the brewing business as well.”

Whatever you call its products, the industry appears in good health. And so is Gould, who was jubilant as he spoke to TIME. “I got out of the hospital five days before anybody who had the level of surgery I had would typically be out of the hospital,” he boasted. “And I’m feeling pretty damn good.” 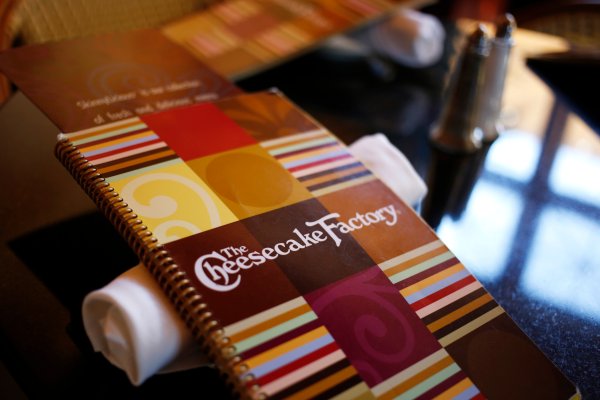 Delight in This One Man's Viral Cheesecake Factory Rant That Says Everything You Can't
Next Up: Editor's Pick