Democratic lawmakers are calling for an ethics investigation into Michigan Congressman John Conyers after a report that he reached a settlement with a staffer who said she was fired because she rejected his sexual advances.

The Ethics Committee announced Tuesday afternoon that it was conducting an investigation into the allegations.

Conyers, 88, has served in the House of Representatives for over 50 years and is the ranking member on the House Judiciary Committee. He told the Associated Press he did not know anything about the allegations.

“As Members of Congress, we each have a responsibility to uphold the integrity of the House of Representatives and to ensure a climate of dignity and respect, with zero tolerance for harassment, discrimination, bullying or abuse. As I have said before, any credible allegation of sexual harassment must be investigated by the Ethics Committee,” House Minority Leader Nancy Pelosi said in a statement Tuesday afternoon. Pelosi also called for the passage of the Me Too Congress Act sponsored by Rep. Jackie Speier.

New York Rep. Jerry Nadler, who is second to Conyers in seniority among Democrats on the Judiciary Committee, requested the Ethics committee immediately launch an investigation, and said the processes by which victims report harassment claims has to change. The woman who settled with Conyers highlighted the complexities of this process, telling the outlet she “was basically blackballed” into staying quiet and accepting a settlement.”

California Rep. Zoe Lofgren, who follows Nadler and Conyers in seniority on the Judiciary Committee, echoed Nadler’s sentiments, calling the allegations “as serious as they get.” “The Committee on Ethics should take up this matter immediately with a goal of promptly assessing the validity of the news account. This reported behavior cannot be tolerated in the House of Representatives or anywhere else.”

Conyers’ fellow colleague from Michigan, Democratic Sen. Debbie Stabenow, categorized the report as “deeply disturbing” and said she supported a full review of Congressional harassment policies. Her office did not immediately respond to a follow up question about whether that included an ethics investigation into Conyers.

California Rep. Jackie Speier, who has been leading an effort to address how Congress responds to sexual harassment, echoed those calls.

“The allegations against Congressman Conyers are serious. The House Committee on Ethics should be called upon immediately to investigate,” she said. “Beyond the sexual harassment allegations are allegations that call into question the amount of money that is used to settle sexual harassment cases, and whether some Members are using their tax payer-funded office budgets to make settlements under the guise of severance payments.”

House Speaker Paul Ryan issued a statement as well, highlighting the mandatory sexual harassment training that was recently implemented, and saying more reforms were being considered.

“People who work in the House deserve and are entitled to a workplace without harassment or discrimination,” Ryan said. 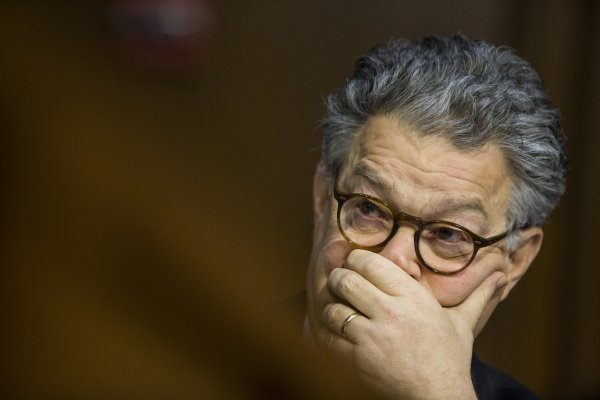