There’s been an awful lot of rape on television this year. Though we expect to rape plot lines on procedurals like Law and Order: SVU, sexual assaults have become a mainstay on high-brow dramas too: The Americans, Scandal, Top of the Lake, House of Cards, Game of Thrones and Downton Abbey have all had prominent incidents of assault. Some have dismissed this trend as an easy means for creating tension, drama and sympathy. Along with death and torture, rape ranks right up there with the worst things that can happen to a character.

“Now, in several of the current rapes on TV, we have female characters who are known to audiences as cold, merciless and calculating. These characters are unloved or even hated by audience,” says Lisa Cuklanz, a professor at Boston College and author of Rape on Prime Time. “When we learn about their former sexual victimization, this new knowledge serves to humanize the character.”

Elizabeth from The Americans or Mellie on Scandal or Robin on Top of the Lake or Claire on House of Cards all do fit the bill of strong but cold women who can be hard to love. But, sometimes the rape-for-sympathy ploy backfires and looks cheap, as many pointed out earlier this year when a flashback on Scandal showed Mellie getting raped by her father-in-law.

But I don’t think these are the usual plot twists. There’s something different about these rapes. Whereas we used to see or hear about sexual assault in real time and see how it changed the characters, now TV screenwriters like to revive assaults that happened before the show’s timeline. In the case of The Americans, Scandal, Top of the Lake and House of Cards, the plot features a woman who must confront a sexual assault that happened years, even decades, ago. We don’t see the attack in real time, but rather in a flashback (if at all). These women have already dealt with the aftermath, buried their pain and moved on with their lives. Only when their rapist resurfaces (The Americans, House of Cards) or a new circumstance like investigating a crime or an interview reminds them of the incident (Top of the Lake, Scandal) does the “rape plot” begin.

And this change in the way sexual assaults are depicted isn’t entirely coincidental. The small screen is mimicking what is happening to our society on a larger scale. As a culture, we are confronting the long-buried problem of rape in new ways—just like these fictional characters. The idea of “rape culture” has arisen in the past few years as a major topic of conversation and debate. The Steubenville rape case, sexual assaults on campuses and assaults within the military have brought the long-time problem of rape to the forefront in the media. We’ve seen plots where characters avenge a rape (Veronica Mars), save themselves or others from a rape (Buffy) or use rape as a plot twist on a couple’s story (Mad Men). But this new trope of rape survivors dealing with the long-term consequences of their attack seems to stem directly from our culture.

As Joel Fields, producer on The Americans—a Cold War spy drama on FX—points out, “There’s been an effort in the popular lexicon to stop referring to people as sexual assault victims and refer to them as sexual assault survivors. And that really applies [to Elizabeth].” Though Joe Weisberg, creator and head writer for the show, says they did not write the plotline as a gambit for sympathy but as a long-hidden secret that would have kept her from ever becoming close to her fellow spy and husband, Philip.

“It would be something that she’s repressed,” says Weisberg. “In our storyline, I think a lot of our thinking involves ideas that repressing that event can be a big part of what separated her from her husband over the years.” It’s only when Elizabeth reveals the secret to her husband that the couple is able to begin to close the gulf that’s been between them.

The Americans has taken the trope to another, meta level this season as Elizabeth continues to heal through a bizarre sort of therapy this season as she disguises herself as a rape victim in order to get information from a mark.

“Elizabeth in disguise with Brad starts to talk about that rape and repurposes it in a way that unconscious and conscious at the same time. But in disguise and by proxy she’s able for the first time to express and explore some of those feelings in this bizarre, safe parallel environment for her.” says Fields.

As a spy, Elizabeth plays the victim we’ve traditionally seen on TV—a blatant bid for sympathy. But Elizabeth, the wife and mother, struggles much more deeply with how to resolve her feelings about her rape. Elizabeth may take comfort in the fact that her husband killed her rapist; in House of Cards, Claire can congratulate herself on her plan to justify an abortion and to retaliate against her assailant at the same time by announcing his name on national TV; in Top of the Lake Robin can breathe easier knowing the man orchestrating an underage sex ring is dead; Scandal’s Mellie—well, at least her father-in-law finally died.

But these women truly begin to heal when their secret is revealed—the the world or their husbands or a close confidant, not when they enact vengeance. Elizabeth and Philip grow closer on The Americans when he finds out about her attack; in House of Cards, Claire becomes stronger and enacts revenge against her attacker without her husband (whereas she usually must follow her scheming husbands lead); on Top of the Lake, the show ends with Elizabeth poised to help raise a child that resulted from a gang rape (after giving up her own child many years ago); and on Scandal Mellie finds comfort in her husband’s pick for Vice Presidential candidate Andrew—the only one who knows her rape. Whether consciously or not, this is reflective of our society’s effort to unearth assaults old and new, to deal with the fact that for so long rape was something swept under the rug. Only then can we begin to heal. 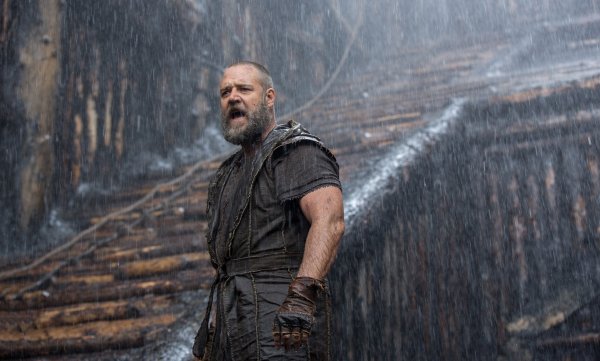