Graduate Students Sound Alarm on Huge Increases Under GOP Tax Plan: ‘I Would Be Hopelessly Priced Out'

The past few weeks have been an emotional roller coaster for Ryan Hill.

The fourth-year Ph.D. candidate studying economics at MIT has been keeping a close eye on the GOP tax plan, worried that if the bill that passed the House earlier this month becomes law, it could have a dramatic impact on his family’s finances. Hill and his wife rely on his graduate stipend and her part-time work as a photographer to support themselves and their 14-month-old daughter, Norah. But the House tax bill would classify graduate students’ tuition waivers — which they receive in exchange for teaching or conducting research — as taxable income, a measure that Hill estimates would cut his take-home salary nearly in half.

“Just thinking about what the implications are is somewhat frightening,” he added.

Hill isn’t alone. Graduate students across the country are sounding an alarm on the “devastating” tax increase they could see under the House GOP tax plan. Many are making worst-case-scenario plans to drop out of their Ph.D. programs, alter their career paths, transfer schools or take out more student loans if it becomes law.

“Graduate students and workers attending school part-time could see the largest tax increases,” tax experts Kim Rueben and Gordon Mermin wrote in a recent post for the Urban-Brookings Tax Policy Center. “What you’re doing is increasing the cost of going to graduate school… and ignoring the fact that the government makes much more money if people have more education,” Rueben, a senior fellow at the center, told NPR.

The Senate is currently considering a tax bill that does not include the provision on graduate tuition waivers. If the Senate passes the bill, which could come to a vote this week, Republicans would then need to reconcile the two versions of the tax plan. Graduate students and their advocates are pushing lawmakers to eliminate the tuition provision in that process.

For Hill, the impact of the House GOP tax bill is alarming. He currently takes home about $27,000 a year from his graduate stipend, after taxes. Under the House bill, he estimates that he would would take home about $15,000 a year. Graduate tuition at MIT costs about $50,000, and Hill receives a $30,000 stipend; the GOP plan would require him to pay income taxes on that combined $80,000.

Even before expenses like food and diapers, $15,000 would not be enough to pay his family’s $1,800-per-month rent in MIT graduate student housing — their most affordable option in Cambridge, Mass., whose housing market ranks among the most expensive in the country.

While the GOP tax plan includes a provision to expand the child tax credit and would qualify Hill for a lower marginal tax rate, he said “that’s all offset and more by adding my tuition as taxable income.”

“To me, it’s just completely inconsistent politically with the goals of either party,” he said. “And the Republican Party has not offered any kind of justification economically or politically for why they want to pass this provision.”

Republicans have argued that the bill will simplify the tax code and reduce taxes overall, but an analysis by the Urban-Brookings Tax Policy Center found that high-income households would see the largest cuts and that 25% of taxpayers would see a tax increase by 2027.

Noah Charles, a Ph.D. student in physics at Ohio State University, helped organize a protest against the tax plan on campus last week as well as a sit-in at the local office of Republican Ohio Rep. Pat Tiberi, who voted for the bill. A spokesperson for Tiberi declined to comment, but pointed to remarks last week by Texas Rep. Kevin Brady, chairman of the House Ways and Means Committee, who said the committee will work with lawmakers in the Senate to reach a “positive solution” on tuition assistance.

Charles, 25, currently lives in a house with five roommates, makes monthly payments on his car and student loans, and tries to budget carefully when traveling to visit his fiancé two hours away. Under the House GOP tax plan, he estimates that the taxes he pays out of his $25,000 stipend would increase about 225% after his tuition is factored in as income. Because he can’t afford to take on more debt, he would have to rush his dissertation and graduate as soon as possible.

“I’ve been racking my own mind trying to think about ways that I could save, and I haven’t been able to come up with all that many ways to shave off the hundreds of dollars that would be necessary,” Charles said. “My career plans would change enormously,” he added. “I could get out, but that would basically make it impossible for me to find any kind of job after graduating in higher education.”

Many fear that the bill could do lasting damage to higher education, driving people away from pursuing careers in academia or turning it into an exclusive profession open only to students from wealthy families.

“If this happened five years ago, then I probably would never have gone to grad school because I would be hopelessly priced out,” said Evan Johnson, a fifth-year Ph.D. candidate studying physics at Ohio State. He’s too far along in his program to reverse course, but he said his sister, a first-semester Ph.D. student, is especially worried about the long road ahead.

The American Council for Education projected that the House bill’s various provisions related to higher education would increase the cost to students by more than $65 billion by 2027.

“That would just be a step backwards for all the research that’s going on. We’d have less people conducting research, less people being trained to be the future of innovation and technology and development,” said Sarah Goodman, the president of the Graduate Student Council at MIT, where students have been holding phone banks to call lawmakers and encourage them to vote against this provision.

“I think the big problem is that the people who are considering going to graduate school now will be much less likely to go, especially if they’re already from a lower-income family and can’t get support from elsewhere,” said Hill, the MIT graduate student. “I think we lose that competitiveness that America has in innovation and growth. In my mind, that’s the real tragedy.” 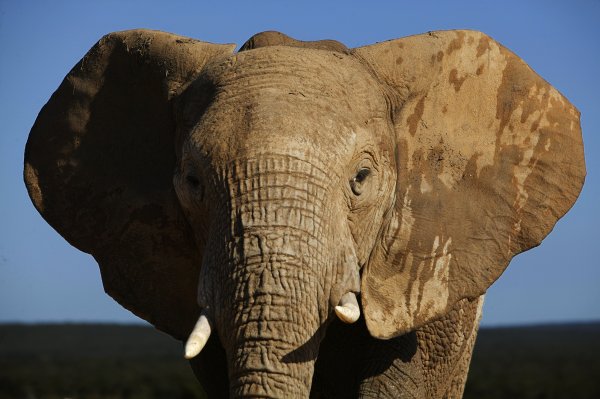 Elephants Relax on Georgia Interstate After Tractor-Trailer Carrying Them Catches on Fire
Next Up: Editor's Pick