Does Sexual Harassment Training Work? Here's What the Research Shows

The growing list of people coming forward to accuse powerful men of sexual harassment — from Hollywood and executive suites to government offices and the newsroom — raises questions about what, if anything, can be done to stop sexual misconduct in the first place.

Perpetrators are getting named, shamed, and removed from their perches, but what systems are in place to keep the next bigwig from inflicting abuse on another subordinate?

Most companies address the issue through anti-sexual harassment rules and training. An online survey of human resources professionals conducted by the Association for Talent Development earlier this fall found that around 90% of respondents said their company had an anti-sexual harassment policy and around 71% conduct some form of training on the issue.

Yet, for all companies and industries looking to curb sexual harassment, focusing solely on standard training may not be the best way forward says Dr. Eden King, an associate professor at Rice University. Those trainings tend to focus on helping people understand the rules, law, and procedure around harassment.

“Learning about a law may not actually change anybody’s behavior,” King says. “It’s really the behavior or the culture that we want to change.”

Research on the effectiveness of sexual harassment training is limited, however, one study showed that men who received training were less likely to notice and report sexual harassment and more likely to blame victims. King says studies she has worked on how found that training can work for some people under certain conditions.

At least one study has found that employees who had a more pessimistic view of the work environment were less likely to motivated to learn from the trainings. And according to the Harvard Business Review, men who are found likely to harass women leave trainings sure that harassment is not a big deal.

And yet, says King, ultimately it’s not a matter of whether training or is not effective, but the factors that surround it that can make a big difference. Who attends, where the training happens and when, and company leadership’s involvement matter. Research she has conducted suggests that when leaders come to the training or endorse the training, people take more away from the experience. Some have also suggested that having more women in leadership positions would also help, as the Harvard Business Review noted.

Having leadership endorse or attend trainings could also encourage those who are harassed to report the incidents and stem fears of retaliation. According to the EEOC, which issued an expansive study on sexual harassment in the workplace in 2016, found complaints are often met with organizational indifference or trivialized. One 2003 report cited in the study found that some 75% of those who report harassment face retaliation in the workplace.

In issuing its 2016 report, the EEOC concluded that in order to be effective, anti-harassment trainings need to be a part of a holistic, company-wide strategy to prevent it from happening. The EEOC also recommended different approaches to training. In its report, the commission suggests increasing bystander-intervention training, so co-workers know how and when to intervene when they witness harassment. That idea is similar to programs implemented on college campuses to prevent sexual assault like the It’s On Us campaign.

In October, the Commission launched a new training program aimed at shifting the focus away from legal definitions and toward behaviors that contribute to more civil and inclusive workplace environments.

Societal norms and what is deemed acceptable behavior within a workplace matter a lot, says King. When workplaces make clear how they expect employees be treated and what they will not tolerate, their subordinates take heed. Everything, though, starts at the top.

“Organizational organizational leaders have to model that behavior and they have to reinforce it with their mission, their vision, their objectives, and, yes, through training as well,” she says. 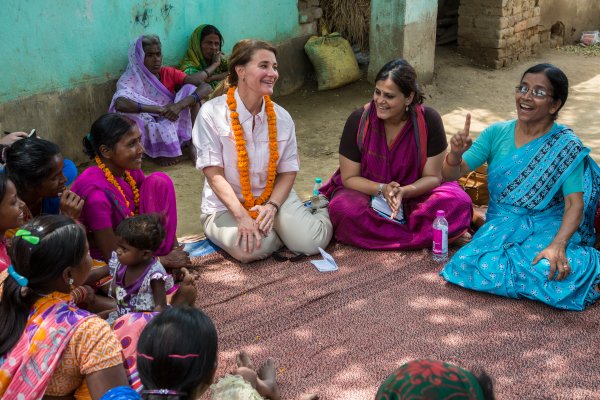