When Treasury Secretary Steven Mnuchin and his wife Louise Linton stopped by the Bureau of Engraving and Printing, they were photographed checking out $1 bills. The wire photos of the pair holding a sheet of dollars - the first currency notes bearing his and U.S. Treasurer Jovita Carranza's signatures - just made the parody too easy. It predictably and instantly became a flash point for online fun and comedian Andy Richter's joking tweet about it got 14,000 likes.
AP/REX/Shutterstock
By Tara John

Treasury Secretary Steven Mnuchin didn’t even know the photo of him and his wife, Louise Linton, holding a sheet of newly printed dollar bills would go public, let alone viral.

“I didn’t realize that the pictures were public and going on the Internet and viral,” Mnuchin said on Fox News Sunday. “But people have the right to do that. People can express what they want…That’s the great thing about social media today. People can say and communicate what they want.”

The picture was taken by Associated Press photographer Jacquelyn Martin last Wednesday as Mnuchin and Linton toured the Bureau of Engraving and Printing in Washington. It shows Linton, who was wearing long black-leather gloves, and Mnuchin holding one of the first sheets of bills bearing Mnuchin’s signature. Online commentators were quick to draw comparisons to everyone from Bond villains to Cruella de Vil.

The former Hollywood producer told Fox News that he was not bothered about the Twitter attacks and that he should take it as a compliment to be linked to a “villain in a great, successful James Bond movie,” he said. 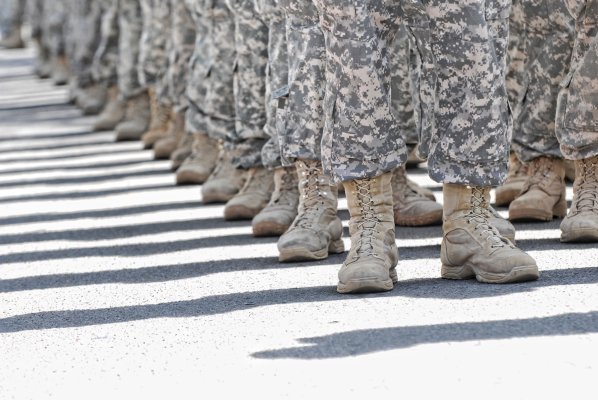 Veterans Can Bring a New Kind of Politics to Heal a Divided America
Next Up: Editor's Pick