The chart, which became a meme, sparked Colbert to tie together some of Hannity’s previous comments in a spoof segment about the graph.

“Ok lets go to Mars and talk about Martians who supported Hillary,” Hannity appears to say in a series of soundbites linked together. “Clinton has been to an open manhole in New York City to meet with the sewer rat prince along with the crocodile duchess of garbage.”

The segment concludes as Hannity appears to link Clinton to Benghazi, and links Benghazi to Benghazi about half a dozen times. He sprinkles in one mention of Colin Kaepernick, and finishes by linking Clinton to Clinton herself.

Colbert brought up charts again during Friday’s Late Show, spoofing Texas Rep. Louis Gohmert for holding up a giant chart during a congressional hearing to argue that Special Counsel Robert Mueller should be disqualified from investigating President Trump over Russian attempts to influence the 2016 election. Colbert ends the clip with a complex graphic of his own showing the tie between Trump and Russia. 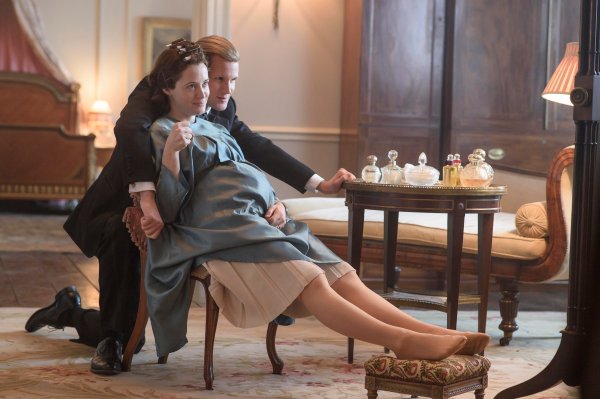 Get Ready to Royally Binge The Crown Season 2
Next Up: Editor's Pick