The Supreme Court Of Ohio on May 18, 2014 in Columbus, Ohio.
Raymond Boyd—Getty Images
By Mahita Gajanan

An Ohio Supreme Court justice who is running for governor as a Democrat is receiving criticism for a Facebook post that details his sexual history.

Justice Bill O’Neill spoke up “on behalf of all heterosexual males” in response to sexual harassment allegations against Minnesota Sen. Al Franken in a Facebook post filled with boasts about his own sexual past. The accusation against Franken comes as several women have come forward in recent months with allegations of sexual misconduct against numerous powerful men, including Harvey Weinstein, Louis C.K., Kevin Spacey and Alabama Senate candidate Roy Moore.

“Now that the dogs of war are calling for the head of Senator Al Franken I believe it is time to speak up on behalf of all heterosexual males. As a candidate for Governor let me save my opponents some research time,” O’Neill wrote in a post which has since been deleted. “In the last fifty years I was sexually intimate with approximately 50 very attractive females.”

O’Neill said his experiences included several “gorgeous” women. “It ranged from a gorgeous personal secretary to Senator Bob Taft (Senior) who was my first true love and we made passionate love in the hayloft of her parents barn in Gallipolis and ended with a drop dead gorgeous red head who was a senior advisor to Peter Lewis at Progressive Insurance in Cleveland,” he wrote.

The gubernatorial candidate ended his post with a call to “get back to discussing legalizing marijuana and opening the state hospital network to combat the opioid crisis.”

“I am sooooo disappointed by this national feeding frenzy about sexual indiscretions decades ago,” he wrote.

Though the post is not visible now, O’Neill confirmed to Cleveland.com that he wrote it and later edited it to remove identifying information. O’Neill’s words immediately caused controversy — his campaign spokesperson said he was quitting in light of the comments.

O’Neill issued a new Facebook post on Friday, still defending Franken and calling for people to “lighten up.” 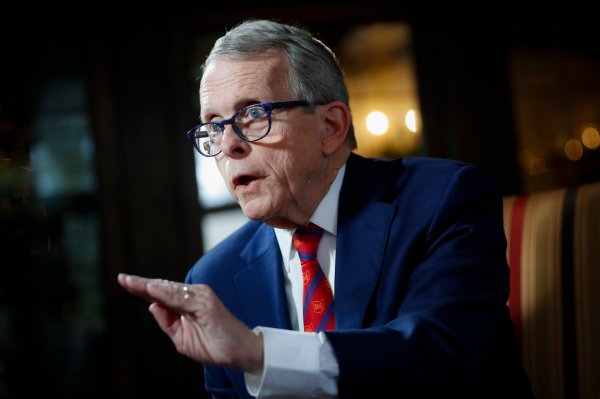