How Would the Senate Tax Bill Affect You? Find Out With This Simple Calculator

Members of the Senate Finance Committee participate in a markup of the Republican tax reform proposal November 14, 2017 in Washington, DC.
Win McNamee—Getty Images
By Maya Rhodan and Pratheek Rebala

Congress is moving along with its plan to overhaul the tax code. This week, the House voted to approve its version of tax reform and the Senate is expected to vote on its proposal after Thanksgiving.

The bill is being championed by its Republican authors as a boon for both the middle class and economy as a whole, with reductions that are geared toward helping Americans across the board.

Under the Senate version of the bill, the corporate tax rate is permanently cut to 20%, but some of the provisions geared toward individuals, including the reductions in the individual tax rates, are eventually phased out. A recent analysis from the Joint Committee on Taxation found that by 2027, taxes would increase for households earning under $75,000.

That was done so that the cost of the bill would not exceed budget limits set under parliamentary rules that Republicans must follow if they want to avoid a Democratic filibuster.

Keep in mind that the committee doesn’t use your gross income — the salary on your contract — or your adjusted gross income — the amount you’re taxed on after you deduct various things. Instead, it uses your income plus whatever benefits you might have received, such as the cost of health insurance.

TIME crunched the numbers and designed this calculator so you can see how your personal tax bill could be impacted by the proposed legislation. Try it out below.

The amount of tax cut that families would receive is calculated using the Average Tax Rate estimates provided by the Joint Committee on Taxation. The JCT estimates for income include additional benefits that one receives such as employer contributions to health and life insurance, insurance value of Medicare benefits and nontaxable social security benefits. 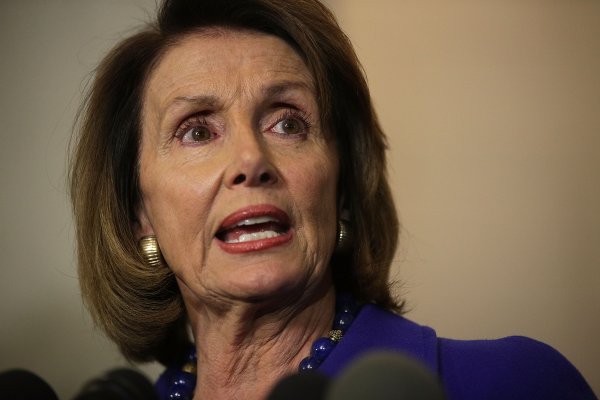 Pelosi: Impeaching Trump a Waste of Time and Energy
Next Up: Editor's Pick