A general view of the Ohio State Buckeyes campus in Columbus, Ohio on Aug. 2, 2001.
The Sporting News—Sporting News/Getty Images
By Katie Reilly

Ohio State University has temporarily suspended most fraternities on campus, a decision that came as many chapters are under investigation for hazing or alcohol violations.

Eleven of the university’s 37 Interfraternity Council (IFC) chapters are currently under investigation for misconduct violations — a number that university leaders say is higher than in any recent year.

“This is an unacceptably high number, and the university will not tolerate behavior that puts the health and safety of students at risk,” Ryan Lovell, senior director of Sorority and Fraternity Life said in a letter on Thursday to all IFC chapter presidents. “I am hereby suspending all social, recruitment and new member activities for Interfraternity Council chapters until further notice, effective immediately.”

The IFC does not represent the school’s sororities, nor the fraternities in the National Pan-Hellenic Council and the Multicultural Greek Council.

The action is the latest step taken by a university to suspend fraternities in response to misconduct. Pennsylvania State, Louisiana State, Florida State and Texas State universities all temporarily suspended Greek life this year following student deaths at fraternity events.

“This proactive step is being taken so that the IFC community takes a pause to reflect and create individual, actionable strategies for the future,” Lovell said in his letter. Ohio State cited the “significantly high number of investigations this semester,” rather than any one case in particular.

In a similar move last week, student leaders on the Interfraternity Council at the University of Michigan suspended all social activity due to several allegations of sexual misconduct, hazing and drug use, according to the Michigan Daily. 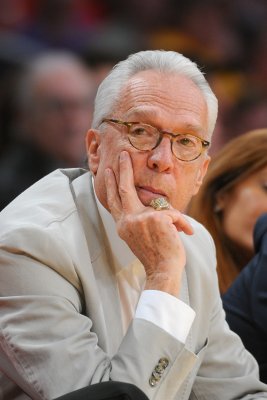 University of California Regent: Students Should Be 'Ashamed' for Demanding I Resign for Sexual Harassment
Next Up: Editor's Pick