Stephen Colbert Is Having Absolutely None of Al Franken’s Apology

Stephen Colbert is not impressed with Minnesota Sen. Al Franken’s apology to Leeanne Tweeden after she accused Franken of sexually harassing her during a USO Tour in 2006, and taking a photo showing Franken groping her while she slept. Franken apologized, stating that the photo was meant to be funny.

While Franken later issued a more comprehensive apology, it still wasn’t enough for Colbert. “Franken later released a more complete apology, in which he said, ‘I am asking that an ethics investigation be undertaken, and I will gladly cooperate,’” said Colbert. “Well, that’s nice. It would be wrong if an ethics investigation was done without his consent.”

For Colbert, the charges against Franken – a former comedy writer – seemed to hit hard. “I guess there are no good people left,” said Colbert. “So let’s just get it over with. Just tell us whatever you did, Jimmy Carter, Barack Obama, Tom Hanks — Malala.” 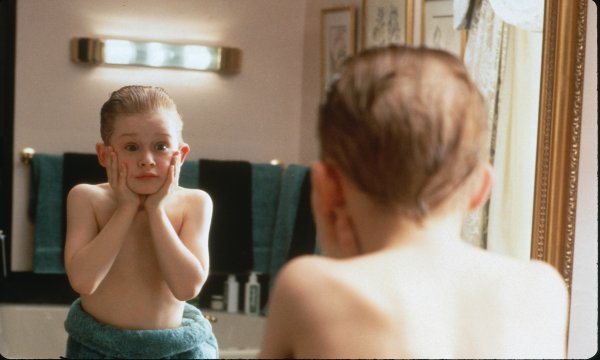 You May Never See Home Alone the Same Way After Hearing This Viral Theory
Next Up: Editor's Pick