At one point, Lenovo’s ThinkPad 8 and I had a moment.

I was sitting in bed one evening, doing some writing, when I remembered that Windows 8 had an app for March Madness. Within minutes, I was watching the game on one half of the screen, while working in a text editor on the other half. It was glorious.

The Lenovo ThinkPad 8 didn’t soar to those heights all the time. Reviewing it over the course of a month, I found myself reaching for it more out of obligation than necessity. Like other 8-inch Windows tablets, it’s too small for long stretches of work, and it lacks a vast selection of apps for play. It also has too many weird software issues that can add up to frustration. But it does have its moments.

Compared to other small Windows 8 tablets, the ThinkPad 8 is pricey at $400, but a few features help to justify the higher cost: Currently, it’s the only 8-inch Windows tablet with a 1920-by-1200 resolution display — all the others in this size top out at 1280-by-800 — and it’s got an IPS panel that provides great viewing angles. The ThinkPad also includes 64 GB of storage — twice as much as cheaper competitors — plus a Micro-SD card slot and a Micro-HDMI output for connecting to an external monitor. (Lenovo also sells a $120 “dock” that adds dual-monitor support, Ethernet and additional USB ports, but I wasn’t able to try this myself.)

The ThinkPad 8 also includes a copy of Microsoft Office Home and Student 2013, though this wasn’t loaded on the review unit that Lenovo sent.

Inside, the ThinkPad 8 packs a 2.4 GHz Intel Bay Trail processor and 2 GB of RAM, making it a bit more powerful than other small Windows 8 tablets. Performance was smooth and responsive most of the time, and I ran desktop programs such as OpenOffice and Chrome without issue. The ThinkPad 8 was able to beam web videos to Chromecast with only the occasional stutter, and Hearthstone worked wonderfully on the touchscreen. Still, the 2012 indie game Fez was just a little too choppy to enjoy, so don’t expect to do much serious gaming beyond what’s available in the Windows Store.

Like other small Windows 8 tablets, the ThinkPad 8 is on the heavy side. At 0.89 pounds, it can be tiresome to hold up with one hand for long stretches. The rear panel is somewhat slippery as well, so overall the weight and comfort level isn’t quite on par with other small tablets like the iPad Mini and Google’s Nexus 7.

During CES, I marveled at Lenovo’s $35 Quickshot cover, which has a little magnetic flap that exposes the rear camera and automatically takes you into the camera app. It works as advertised, but the 8-megapixel shooter is still a step down from what you’d expect on most high-end smartphones. Even if you don’t use the camera, the felt grip makes the ThinkPad 8 easier to grip, and you can also use the cover to prop the tablet up, tent-style, so it’s definitely an add-on worth considering.

If there’s one major complaint I have with the hardware, it’s with the speakers. They’re pitifully quiet and tinny. Even at full volume, it was a strain to watch a video on Netflix.

The bigger problems with the ThinkPad 8 stem from software. It’s not any one particular issue, but a bunch of smaller ones I noticed over time. Some examples:

Those little annoyances add up, and they hold back the Lenovo ThinkPad 8 from being what should be the best small Windows 8 tablet that money can buy.

If you can live without the full HD display on the ThinkPad 8, you’ve got some other options. Lenovo’s Miix 2 8 is the thinnest and lightest small Windows tablet, while Dell’s Venue 8 Pro is the cheapest. Toshiba’s Encore and Acer’s W4 are both $50 cheaper than the ThinkPad 8 with comparable storage, and they both have Micro-HDMI outputs for connecting to an external monitor. Asus’ Vivo Tab Note 8 is the only one with a bundled stylus.

But you should only be considering any of these Windows 8 tablets if there’s a specific desktop program you need, or if you’re enamored with Windows’ Snap feature that lets you view two apps side-by-side. It’s in these situations where the ThinkPad 8 flirts with excellence, despite its flaws. 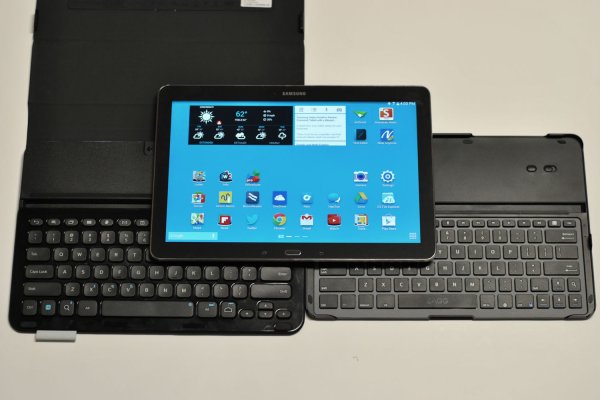 The Samsung Galaxy Note Pro Is Missing One Main Thing
Next Up: Editor's Pick