48 Countries Are Ahead of the U.S. in Closing the Gender Gap

The U.S. is behind 48 other countries around the world when it comes to closing the gender gap, according to data published recently by the World Economic Forum.

The group, best known for its annual gathering of entrepreneurs in Davos, Switzerland, looked at more than a dozen metrics to rank 144 countries on differences in access and opportunity for men and women, often called the gender gap. At No. 49, the U.S. ranks above average for gender equality worldwide, but behind countries such as Iceland, Rwanda and Nicaragua, which have all seen female heads of state within the last 50 years.

America dropped four spots since 2016, largely because of low performance on the “political empowerment” metric, which is based on the ratio of women in public office. The report also considers education and health outcomes, where the U.S. ranks highly, as well as economic opportunity, where the U.S. has recently improved.

Gender disparities remain greatest in countries like Saudi Arabia, where a ban on female drivers was recently lifted, but where women still can’t apply for a passport or open a bank account without the consent of a male guardian.

Based on the current rate of progress, the report predicts that the global gender gap can be closed in 100 years among the 106 countries surveyed when the report began in 2006.

To be included in the annual report, a country must have data available for a minimum of 12 indicators out of the 14 measured by the World Economic Forum for gender equality. 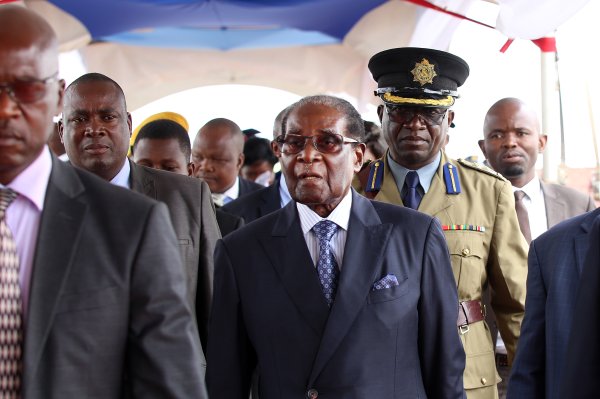 Why Mugabe Isn't Standing Aside (Or, When a Coup Is Not a Coup)
Next Up: Editor's Pick