The Moments That Changed the Meaning of Adoption in the U.S.

Bruce Plotkin
By Olivia B. Waxman

With more than 100,000 American children in foster care, the goal of National Adoption Day — which falls on Saturday — may seem to be an obvious one: to raise awareness, with the aim of finding permanent homes for children who need them.

But, while adoption has been around since ancient times, the means and ends of the process have changed significantly, and that goal would not always have been part of the equation.

For a long time, adoption was about parents looking at children as what they could do for them.

In the ancient world, adoptions often took place for self-serving reasons. The typical adoptive parent was an unmarried man who needed a male child to inherit his property, carry on his name and give him a proper funeral.

“The key shift is the Enlightenment, when children start to be viewed as individuals with rights and to whom we have obligations, whereas they used to be seen as a small creature you have to feed until they’re old enough to work,” says Peter Conn, author of Adoption: a Brief Social and Cultural History. “Really, the history of adoption is the history of children circulating among families probably in the same village and then later in the same city or the same state.”

Though the geographic areas among which adoption operated increased over time, typically these adoptions were within similar communities, Conn adds. “Always it would be a French child within a French community or a German child within a German community,” he says.

In the U.S., the first formal adoption law — which came out of Massachusetts in 1851 — was a culmination of a century or more of shifting attitudes toward kids, a recognition in law of the idea that the best interest of the child must be the central consideration when placing children with families — that parents must be deemed “fit and proper,” according to its language.

As cities grew in the mid 19th century, the number of homeless children grew. One popular solution at the time, thought to be in the best interest of those children, was to put them on “orphan trains” out to the Midwest and West to help families with farm work as they moved West.

Inter-country adoption, however, is “almost non-existent until the Second World War,” Conn says. There was a little bit of it in the first half of the 20th century, when homeless European children came to the U.S. after Congress had authorized the entry of “displaced orphans” in the Displaced Persons Act of 1918 — but that only added up to 14 children under age 16 immigrating per year between 1935-1948 without their parents, he says. The surge in international adoption after World War II was a result of the vast increase in displaced people and the increased use of jet aircraft that made it possible for children to be transported across oceans. After the wars in Vietnam and Korea, American soldiers who had had children with local woman contributed to the rise in children up for adoption in those countries.

Some data suggests the peak for all adoptions in the U.S. was 180,000 in 1970, up from around 50,000 in 1944. That year makes sense, given the rise of the middle class and the openness and idealism that had surfaced in the years prior, says Conn, adding, “It was a time in which at least a significant number of young people were feeling expansive and hopeful about the future, which might have led some of them to consider adoption.”

As the number of Americans adopting has grown, so too has adoption-related bureaucracy. The process got so complicated by the end of the ’80s that it was the subject of TIME’s Oct. 9, 1989, cover story. “So much has changed in U.S. society in the past generation — legal abortion, the growing acceptance of single motherhood, new concerns about infertility — that people looking to become parents face a most intricate enterprise,” the magazine wrote. “Possessing a scarce resource, birth mothers can often dictate their terms; operating in a crowded marketplace, adoptive parents must be ingenious and relentless in their search and accommodating in their negotiations. As middlemen, the old-fashioned agencies must now compete with newfangled lawyers and adoption consultants.”

In the 21st century, the number of Americans adopting a child from another country has mostly declined. Such adoptions dropped from 23,000 in 2004 to just under 10,000 in 2011, and 5,600 in 2015. Part of that shift may reflect how the global economy has changed. As economies have improved in some countries from which many children had been adopted internationally, adoption rates have gone down, says Conn, partially because of a stigma that suggests that high rates of international adoption mean that a country is “incapable of caring for [its] own children.” For example, South Korea, he points out, has grown from being impoverished after the Second World War and the Korean War to becoming one of the world’s largest economies, and adoption from Korea to the U.S. has decreased. Another reason for some of the decline is that restrictions can be placed on adoption when the U.S. is not getting along with another nation.

Meanwhile, domestic adoptions are on the decline too, as 18,000 infants under 2 years old were put up for adoption in 2014, compared to 90,000 in 1971, arguably due to lower teen pregnancy rates and single motherhood being less stigmatized, according to data cited by The Economist.

Even so, experts like Conn see inter-country adoption as a metaphor, and argue that adoption rates tend to mirror other larger cultural transformations happening in society worldwide. For an individual family, an adoption is a life-changing experience — and for the world as a whole, adoption as a practice is similarly defining. 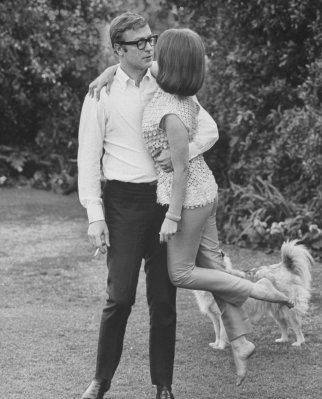 Twitter Is Full of Fake History Photos. Here's How to Outsmart Them
Next Up: Editor's Pick