The True Story Behind the Movie I, Tonya

Tonya Harding hasn’t professionally figure skated for more than two decades, but her name still evokes the highly publicized 1994 attack on fellow competitor Nancy Kerrigan. Harding was banned from the sport after it emerged that her ex-husband Jeff Gillooly had paid Kerrigan’s attacker to target her at the U.S. World Figure Skating Championships. The scandal, which captivated Americans in the early days of the 24-hour news cycle, now returns to the spotlight thanks to the unconventional biopic I, Tonya (Dec. 8), which presents Harding’s side of the story through mockumentary-style interviews with the key players, including Harding (Margot Robbie), Gillooly (Sebastian Stan) and Harding’s mother LaVona Golden (Allison Janney).

Here’s what the movie gets right — and wrong — about the events in Harding’s life leading up to and following the attack on Kerrigan.

Fact: Harding really was that happy to land the triple axel.

Harding became the first American woman to land a triple axel, an extremely difficult jump in which the skater makes three and a half rotations with a forward approach, at the 1991 U.S. Figure Skating Championships. Upon completing the jump, Harding’s mouth was agape and she appeared to cheer triumphantly at the milestone, much as Robbie plays the moment in the movie.

“My stomach was in my throat,” Harding says of the moment in the documentary 30 For 30: The Price of Gold. “My heart was just racing.”

In I, Tonya, Harding clashes with figure skating judges over her outfits, which were often homemade because she could not afford designer costumes. “Suck my d-ck,” she tells them after one competition. “This is f-cking rigged.” In reality, according to Harding’s comments in The Price of Gold, Harding told them, “Stay out of my face.” But the documentary does confirm the drama over costumes, recalling an incident in which a judge threatened to kick Harding out of a competition for wearing a pink costume she had sewn herself. “I told them if you can come up with $5,000 for a costume for me, then I won’t have to make it,” she explained.

Fact: Harding faced abuse from family members throughout her life.

The movie includes many scenes depicting Harding’s mother both physically and emotionally abusing her. Her ex-husband Jeff Gillooly is shown doing much of the same, both before and after they split. In real life, Harding alleged that Gillooly beat her, while family and friends told reporters that her mother, LaVona Golden, was violent.

“He hit me, but she hit me, but they loved me,” Harding says in The Price of Gold. Footage in the documentary shows Harding talking to her mother after a competition, hanging up and saying, “What a bitch.” Harding has claimed that her mother once threw a knife in her direction, a moment that is depicted in the film.

Both Golden and Gillooly, who later changed his name to Jeff Stone, have denied the allegations of abuse.

Fact: Nancy Kerrigan screamed “Why?” after being attacked.

As depicted in the movie, footage of the immediate aftermath of Kerrigan getting clubbed in the knee after practice at a Detroit ice rink shows the skater surrounded by medics, sobbing and screaming, “Why? Why? Why?”

Fact: Kerrigan’s attacker actually did crash through a glass door after he did it.

In the movie, Shane Stant, the man hired to carry out the attack on Kerrigan, is depicted as buffoonish and incompetent, unable to make a clean escape from the arena after committing the crime. It’s true that Stant was so panicked after hitting the skater on the knee that he ran through a plexiglass door. He was later sentenced to 18 months in prison after admitting to conspiracy to commit second-degree assault.

Fact: Shawn Eckhardt saw himself as an influential spy. (He was not.)

Shawn Eckhardt, a friend of Gillooly’s and at one point a bodyguard for Harding, helped orchestrate the plot against Kerrigan. Eckhardt was a self-described espionage expert who said he had ties to a global network. The film shows his character, played by Paul Walter Hauser, bragging about knowing hitmen and being involved in risky exploits, claims Diane Sawyer elicited in an interview with the real-life Eckhardt following the incident. Eckardt, who later changed his name to Brian Sean Griffith, had a “world class” imagination, according to a 1994 Sports Illustrated report on the scandal: “His résumé would have put James Bond’s to shame. Never mind that little of it appears to have been true.” He died at 40 of natural causes.

Partial fiction: Eckhardt issued a death threat toward Harding that forced her to bow out of competition.

In 1993, Harding had to withdraw from the Northwest Regional Championships after receiving a death threat. Although police never figured out who called in the threat in real life, it’s the anonymous call in the movie that inspires Gillooly’s character to cook up a plan against Kerrigan. Toward the end of I, Tonya, Eckhardt’s character says he made the death threat to set off the events that led to the attack on Kerrigan. In reality, the identity of the caller remains unknown.

Allison Janney plays Harding’s mother, LaVona Golden, in I, Tonya, and appears throughout the film with a parakeet perched on her shoulder, making for some of the movie’s funniest moments. Golden in real life actually sat for an interview, much as Janney does in the film, clad in fur with a bird sitting on her shoulder, shown in footage included in The Price of Gold. 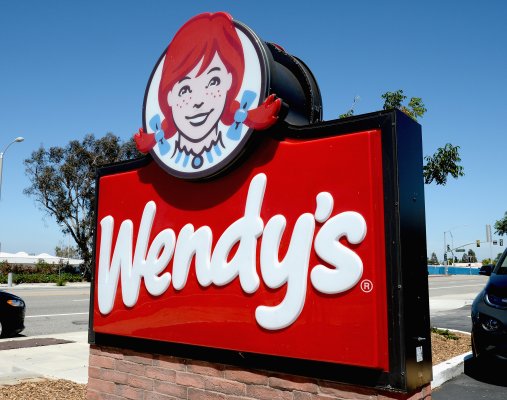